After getting my dark elves out the other day and the level of interest I have maintained in the cult of the possessed I have come to the conclusion that it must be 40k that is the root of my mojo problems and general lack of interest in painting.

Its about time I had a break from 40k, focused on it for about 5 years (maybe more) admittedly I have worked on  Flames of War on and off during that period too. I intend to fix this and what better way than to update my Dark elves.

I'm not going the whole hog and completely repainting them, as I like the scheme as it is. However I do intend to give them a new paler skin tone, touch up some areas/add some extra highlights and also add some snow to their bases.

So to kick it off I have made the rather tough decision to remove the old GS work a replace it all, putting my improved sculpting skills and tools to use, here is where she at now:

Pretty pleased with her, shows how much my sculpting skills have improved since the original version with its badly push molded head and rough armour. I looked at the new plastic sorceress for ideas hence why she now has an exposed stomach :)

Also welcome to new followers Ed and quidamcorvus thanks for the support guys :)


As ever let me know what you think guys
Posted by Maelstrom at 21:20 4 comments

Blast from the Past: My Dark Elves part 1

Afternoon readers, though it would be nice to do one of these look back type of posts ever since I saw Rictus do his over on Recalcitrant Daze.

So give the new batch of stuff about to be released for them I thought I would dig out my old Dark Elf army and take some pictures and talk about them.

First got my Dark elves many many years back, when they were first rereleased, so the same time the current black guard, witch elves, executioner models were first released :P think I was in like year 8 or 9 at high school then haha.

Dark Elves are my favourite fantasy race bar none, love their imagery and back ground and I believe they are one of the finest ranges GW have done. The executioners, black guard and witch elves all still look great even now :)

Dark Elves are also special to me because it is via them that I first got into sculpting, learning how to work with GS via character converting. I completely revamped the army with new colour scheme in around 2005-2006 this is of course when I first started dabbling in GS and around the same time I returned to the hobby.

So enough babbling from me here are the pictures:


Sorceresses, what Dark elf armour would be complete without them, these 1 are both based off of the fantastic Wood elf spellsingers who lets be honest are far superior to the current Dark elf sorceress models. Thes pair were inspired by an old log of Georcs, he of course made a far better job than I did :P

Converting dark elf characters is something I still enjoy doing to this day, even if I haven't made one in a fair while. the executioner themed one started life as a High elf Prince, with a load of GS work(which looks crude now by my current standard.

The Corsair themed character is based on an old beast master, with the sword of an assassin and cloak from darkblade brought back in the days of the bits service. The GS work on her is showing its age :( 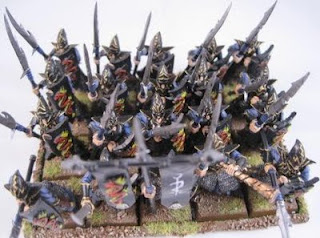 As you can see these models are showing their age a bit, my GS skill have vastly improved since then as has my painting. I am considering updating these again, though largely neatening up some stuff, adding snow to their bases and giving them a different skin tone.

The 2 sorceresses might have the old GS work ripped off and be redone, same with the other characters. Hell they might get some new toys in the form of the new sorceress that is coming out with the storm of magic stuff, possibly even the black dragon too :P.

I still have some more Dark elves to show but I will do that in another post. Thanks for looking guys and normal service shall resume in a day or 2 :)
Posted by Maelstrom at 13:34 4 comments

Email ThisBlogThis!Share to TwitterShare to FacebookShare to Pinterest
Labels: Blast from the past, Dark Elves

Mordheim: Cult of the Possessed WiPs

This time it is again Mordheim focussed, as I have slowly been making some progress on the warband: 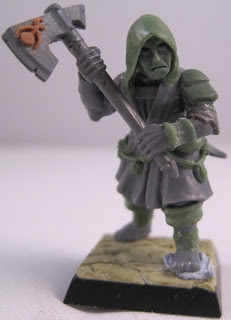 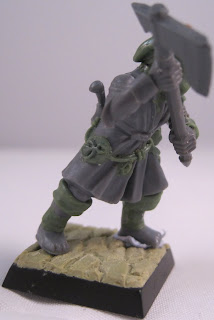 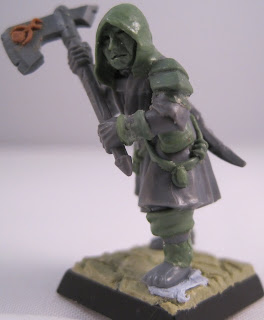 This is a brethren armed with a 2 handed axe the conversion work is pretty much done of him he is my current favourite of the warband.

Next up is another Brethren: 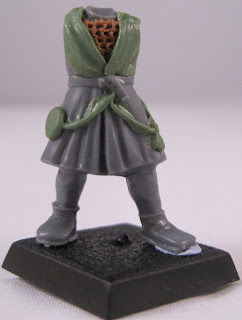 This guy shall eventually be armed with a spear, been working n gettign the details on his body done before I glue the arms on. need to sort him out a head too.

Lastly we have the first WiP Dark Soul of the warband: 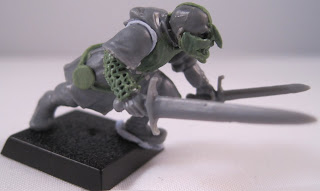 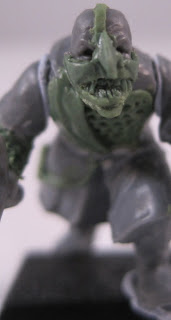 I decided to give him a blood pact style mask to make him look more vicious than the rest of the warband, he aslso has chain mail armour which includes full sleeves. The idea with this is that he thinks he has metal skin when really its just armour these dark souls are meant to be insane after all :P

the mask its self needs some tidying up too.

I should have some WiP pics of the first mutant for the warband soon as I have gathered the parts to make him :)


In the next Blog update I should have some IG as well as the result of me trying to convert an Epic scale eldar guardian into a fire warrior for use on some A.I terrain I'm mad I know :P

As ever any comments and suggestions are more than welcome :)
Posted by Maelstrom at 17:40 3 comments

Email ThisBlogThis!Share to TwitterShare to FacebookShare to Pinterest
Labels: Cult of the Possessed, Mordheim

Afternoon readers, well its been a day since the Ammo Bunker Open bash '11 So I thought I would share a few pics of what went on :)


So this is my 3rd time attending the Ammo bunkers annual meet up I always enjoy them great place to get some inspiration and have a laugh to boot.

This year I didn't take a army to game with, just a few models for the project display table. This freed me up to go round chatting was good to catch up with the guys.

So here are some pics from the day, first up the project table which is literally a table full of really inspiring models:


Next up are some pics of the giant Battlefleet Gothic game called "Assault on the Aut're'Vash Anchorage" that was made by Marovian and Dave38x and featuring their fleets plus those of Sheep and Vincent1989:
The Board itself was utterly fantastic, the amount of detail put into it with the stars and gas clouds has to be seen to be believed.

Next up is a pic of Digit's "Camp Talvenus" terrain, which is a Imperial guard base complete with tents, prefab command units, storage container, command post and much more:

Though I didn't have an army to game with on the day, it didn't mean I didnt have the chance to get a game in as Rictus had brought along the "Dam Bustas" table which is an Aeronautica Imperialis game whcih I had a go at. Must say I really like the A.I rules, they are simple but very tactical with you having to guess on exactly where your opponent will move in order to get a decent fire ark on them:

I'm going to look into getting a few A.I. models for the next bash

I wasn't as bad as normal on the buyign front either and my loot from the bash is just a single box of scourges(fantastic kit btw) which shall be next in line to paint after the wyches :)

Well thats it for now, shall update in a few days time :)
Posted by Maelstrom at 15:39 0 comments

Whats on the Desk

Its time for a update again, this time just a general whats on the desk update:

First up are the first 4 brethren for the possessed, they are taking shape very slowly as I'm enjoying taking my time on them: 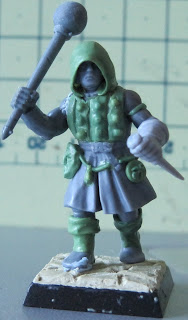 this is the first brethren I started and he is very nearly finished, just need to finish off his armour and add some details ot his back.

This is the first of 2 planned female brethren, I took the legs from one of the archers, shaved and filed them down, the torso and head are scratch sculpts. Decided to have her wearing her mask too and I'm quite pleased with how it looks. I still need to decide on weapons for her and do more tidying up and sculpt work.


Next up shall be my painting project for a while:

Squad of wyches which I've had built for ages, figured I haven't painted anything for a while so shall work on these as I do the conversion work on the cult of the possessed. It was a close call between the wyches and doing some Tau stuff, the wyches won out mainly because of me discovering a DE forum called The Dark City via luckyno.5s blog which has a lot of inspiring DE stuff on it.


Right figured I would do another one of my posts on stuff that I find inspiring:

LordDirks log on Advanced Tau tactica:  I love this log, LordDirk posts up a lot of concept sketches for Tau stuff, ranging from new auxilliary races through to designs for Farsight enclave warriors. His concepts for armoured kroot heavily influenced my own kroot who have had armour and helmets added (I shall get round to posting these soon).

[Wolfs16's Tau log] The ARC-16's on Advanced Tau tactica: Another hugely inspiring log for me the conversion work he has done especially on true scaling his crisis suits is amazing. The inspired me to upscale my own Crisis suits though in no where near as complex manor. I really like how he posts Fluff for each unit when he finishes painting them too.


I shall leave it at just those 2 this time round :)

Before I go welcome to new followers Warhamster and atr_127 cheers for the support guys :)

Thats it for now shall have another update in a few days time, until then make sure you go see the new X-men film as it is pure win  :D
Posted by Maelstrom at 20:46 2 comments