Update time, been kept usy with work and christmas preparations of late which have served as a good break from hobbying for a while. However now Im back, and I bring 2 things in the update: 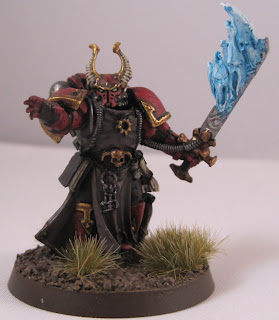 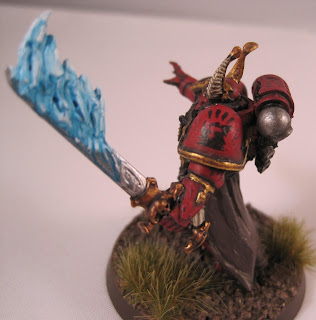 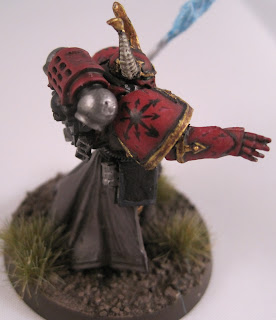 I need to sort out the flames some more but they shall do for now as I dont want to over do the painting of the corsairs as I still have a fair few to do and dont really want to burn out :)


Next up we have thes WiP of a test model for my heresy era Imperial Fists: 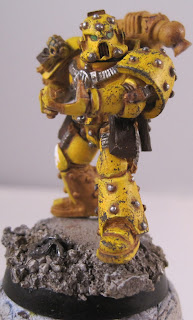 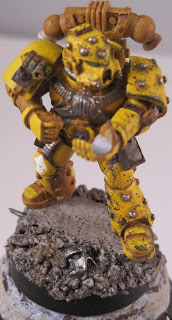 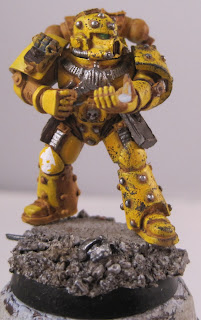 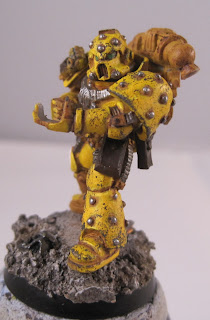 I got quite a bargain off Ebay of 3 Mk IV and 8 Mk V marines all with phobes bolters and without a single trace of paint on them: 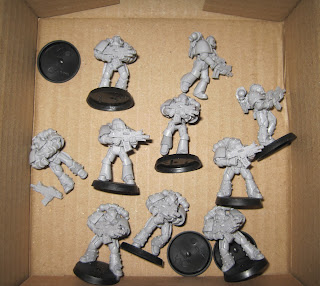 combine these with the legion MkIV squad I picked up at telford model shop as well as my section of the FW order Rictus recently placed and I think I'm pretty much sorted for infantry for a significant time haha.

Theres no truescaling going on with this guys as I dont really want to hack up resing incase i make soem major mistake and well these are planned around future games against Rictus and Nife neither of which will be doing anything truescale.

This guy is my first time painting something in pretty much pure yellow a colour I normally avoid like hellfire  however with me wanting to do a seige of terra themed mini force fists were the ones that appealed to me most as well Im not doign blood angels as that is just more red and White scars are a no as I hate painting white more than I hate painting yellow :P

Well thats it for now guys, with christmas getting closer updates will be sporadic though I shall attempt to get one mor ein before christmas day :)
Posted by Maelstrom at 19:59 8 comments

Quick update time, I've finally finished off the last bits of GS work on the sorcerer and got some better pics of him: 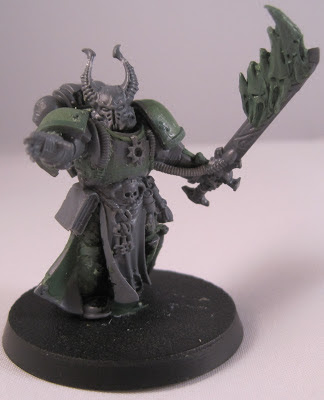 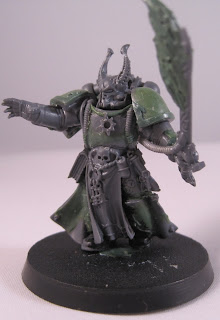 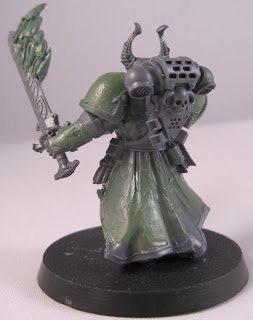 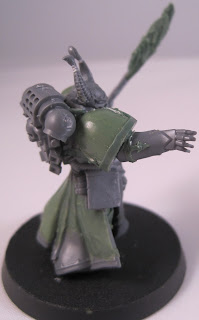 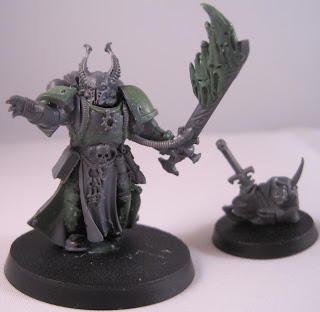 Really happy with this guy, hes turned out pretty much as I pictured him all those months ago when the images of the DV libby first popped up on the web. Time to get him undercoated and I will attempt to get him painted up over the next few days :)

Whilst I'm here, here is a sneak peak of the terminators I've been slowly converting, they have been truescaled but not to the level of work I do on the power armoured marines.
These guys just have a single 1mm piece of Plastic card in their shins and this is enough to make them stand slightly taller than the normal corsairs, saves me a fair bit of time too : 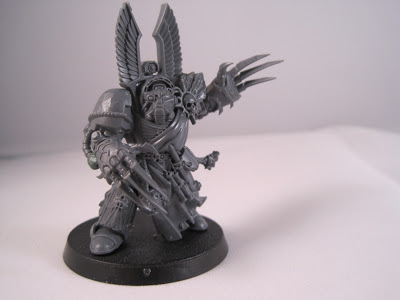 Still a long way to go on them, given I havent even started work on the other 2 out of the DV set yet :(
Posted by Maelstrom at 18:52 3 comments