As promised I have been working on the champion over the last 2 days and bar  a few touch ups I've spotted on the pictures.

So I present Reinholt the fallen Templar: 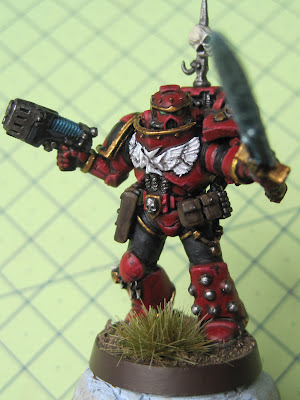 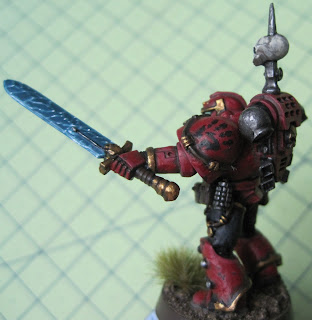 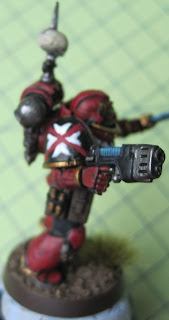 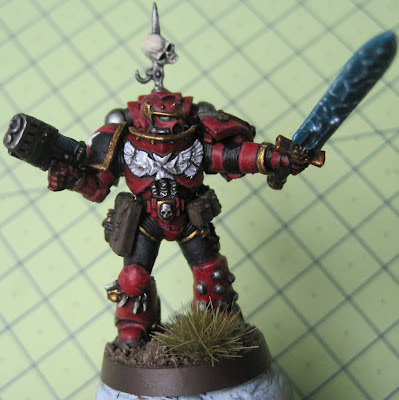 Rather pleased with how he has turned out, looks so much better than even my improved word bearers. The tyrants claw was a bit of a pain to paint but no where near as hard as I thought it was going to be.

A thank you goes out to Mr Feral for suggesting the turquoise for the power weapon :)

Well im back at work tomorrow though I should get chance to start painting the next corsair over the weekend.
Posted by Maelstrom at 15:49 3 comments

Well it appears summer has actually hit us here in England, 1 week so far of high temperatures with it due to continue. We all know that this is the "summer" and after these few weeks of sun we will revert to the more traditional British summer of Rain.

The temperatures combined with work have slowed down my progress on the corsairs, however  I do have a few WiP shots, first up a paint in progress picture of the squad leader: 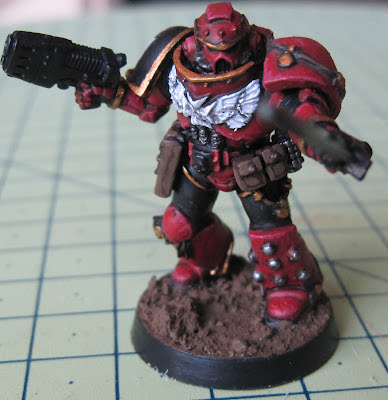 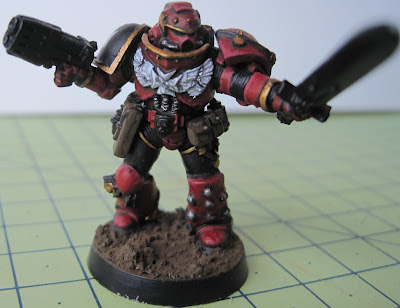 Rather happy with him so far but there is a log of work yet to be done. He is my first use of the newer GW paints too with his armour being based arounf a 50/50 mix of khorne and mephiston Red. I am impressed with them seem to flow a lot better than the older foundation paints.

Next up are some WiP of the next 2 corsairs one is far my advanced than the other: 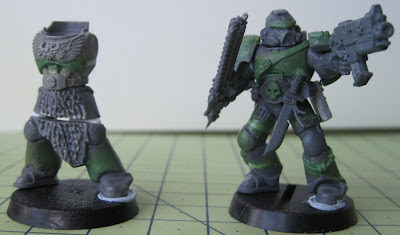 I've got 2 days off now so hope to get the painted guy finished off and get these 2 fully converted.

Time for an update, work has started on the squad of Red Corsairs. First in line was the leader of the squad: 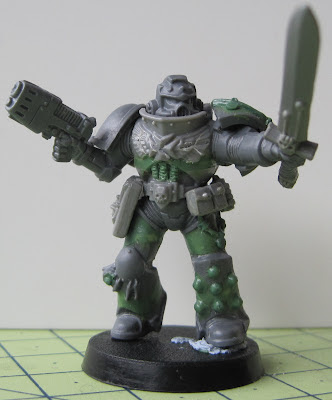 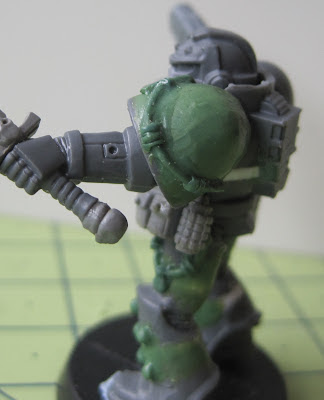 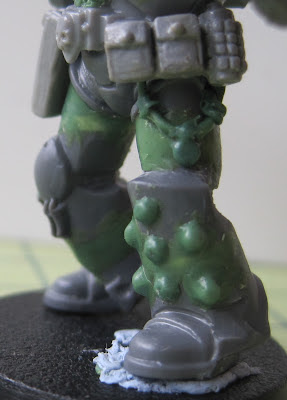 Bit of rough fluff for him:

He is a Fallen Black templar disillusioned with the imperium, with him being an accomplished swordsman he soon fought his way to a position of command within the corsairs.

For the models themselves I don't want on overly chaos feel to them as in little of the traditional banding and spikes. I think this will help to distinguish them from my Word Bearers,plus they will also have newer marks of armour and their weapons will be largely be unchanged from imperial ones bar defaced aquillas.

The Templar cross and wings on his breast plate have been attacked with a knife and will be painted as if he has ritually shattered it, much like how Talos shatters his aquilla in the night lords novels.

Well thats it for now, I've started converting the 2nd member of the squad and shall liekly have him posted up in a few days time
Posted by Maelstrom at 18:15 6 comments

Plans for the blog

Its often been pointed out to me by the likes of Rictus and Mr Feral that I neglect my little corner of the interwebs.

This is true, last year I started off strong and tailed off a lot towards the end of the year and into this year. However with me now settled into work and a decet routine Hobby time is becoming more viable.........well that and I have some ideas for stuff to make after a long drought.

So what better way to get back into updating this blog more regularily than a Blog exclusive project :D

That Plan being a squad of heavily converted Red Corsairs whose parts are in the clutches of the royal mail heading my way even as I type.

Rictus has challenged me to do 1000pts to fight his carcharodons in zone mortallis. However as regular readers know this is highly unlikely to ever happen given my easily distracted nature :(

More details of the plans for the squad will follow, for now the early plan is to have the squad leader as a fallen templar..........


But to make this post more colourful here is a picture of a Inq28mm model I have been working on the past week, its a female inquisitor/interegator: 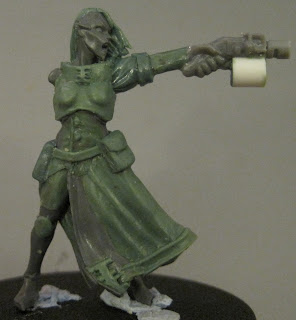 Its based around the plastic Dark elf sorceress that I have had lying around since January...............yes its taken me that long to think of a use for it :(

Thats it for now, shall have an update in a day or so when the parts arrive..........now back to resident evil revelations :P
Posted by Maelstrom at 20:47 1 comments