Been a while since I have posted this is due to the good folks at BT leaving me without internet for a week........ I have 3G on my phone but its barely reliable.

Having no internet however has been good as it has left me without any major distractions, so I have nearly completed 7 converted plague marines(coming in the next blog post) but the biggest thing I have worked on is my converted Forgefiend: 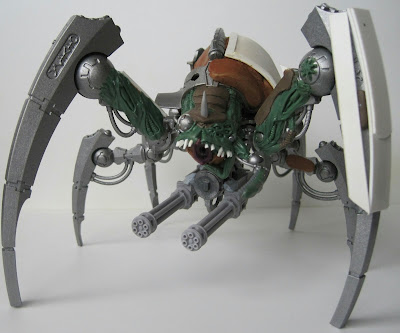 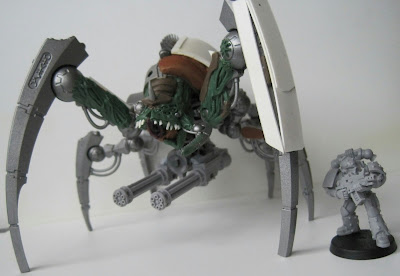 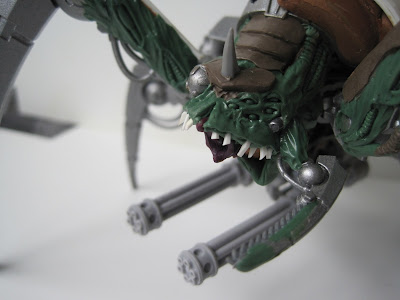 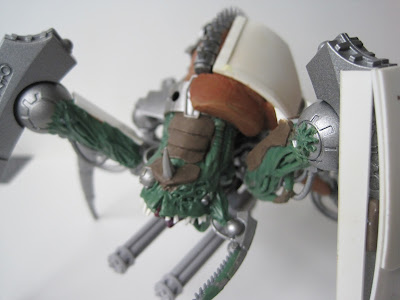 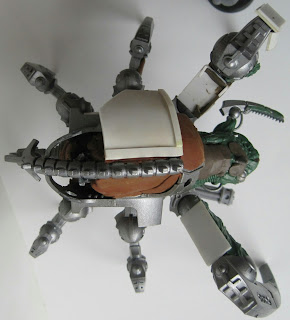 I bought the necron triarch stalker that it is based off from ebay in march........yes thats how long I take to get around to a project. The hades auto cannon are FW punisher cannons from a Valkyrie conversion kit. Theres still a stupid amount of work to do on this guy but at least he is finally started.

In other hobby related news I've caught up on the leaked pictures of the new marine stuff and after pages of hate I finally got to the pics.

Whilst there is nothing particularly inspiring amongst the release I do think that the centurions would make good base models for obliterator conversions, I will wait for better pics first though.

Anywho thats it for now, I'll be back with the plague marine pics in a day or two :-)
Posted by Maelstrom at 10:39 7 comments