And 2 months later I'm back, and I bring more Red Corsairs

Well 2 months since my last post, I really need to get back into the habit of posting on my oft leglected corner of cyber space.

The corsairs are progressing at a rather steady pace, and as shocking as it sounds as I type I have nearly finished painting the 6th member of the squad. I have also started on the conversion of the rather unstable leader for my merry band of pirate Scum.

So first up the Lord so far: 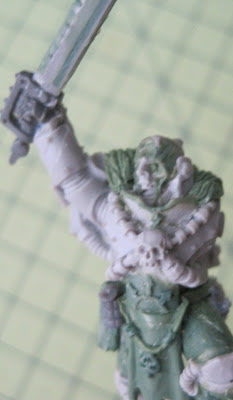 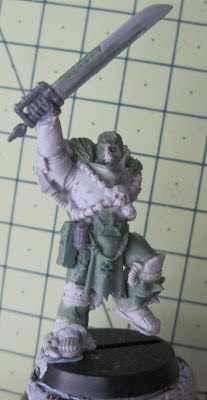 This guy has taken a week on an off to get to his stage, the base model for him is chaplain cassius which was suggested by that scoundrel known only as Mr Feral. He has been my first real taste of converting a finecast model, and I must say I am a fan of the material this conversion just would have been soooo much harder if it was a metal miniature.

His face is inspired by two-face from batman, and there will be a fluffy reason behind it.

Next up are a few pictures of all the painted corsairs so far: 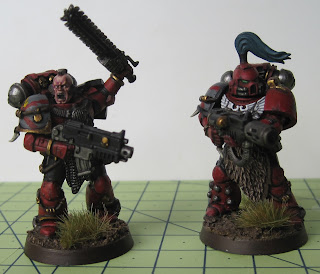 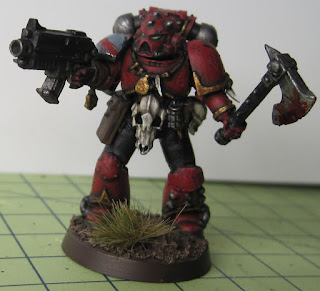 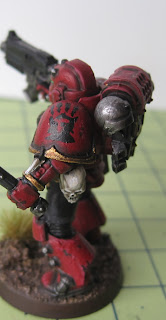 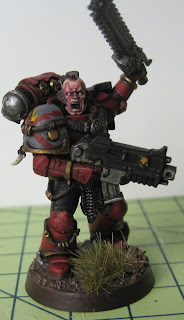 The melta gunner and ex-executioner are my current favourites, but over all I am really happy with how these guys are turning out. I may not win any prizes for the speed I'm getting them done but the very fact that they are holding my interest is a miricle in itself given how stop start I have been with the hobby in general this past year.


In other news upon browsing the blogosphere as I do, I noticed that this blog has been mentioned on none other than Dave Taylors page. This was... well rather a shock especially given the quality of the other blogs mentioned alongside it.

Shall be rather a proud moment for me hobby wise, and should hopefully give me a kick in the ass to  keep this place updated :)
Posted by Maelstrom at 10:06 5 comments