Small update for you tonight, I've been in more of a sculpting mood this past week and have been working on a couple of things a bit more involved than the renegade conversions.

I've been working on a pair of Wraiths for use with Dungeon saga, they are quite involved sculpting wise: 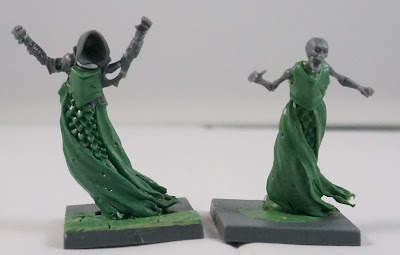 The top half of each of them is a stock mantic skeleton, the lower half is entirely scratch sculpted. Theres still a way to go on these but I have really enjoyed doing a more involved sculpting project again. 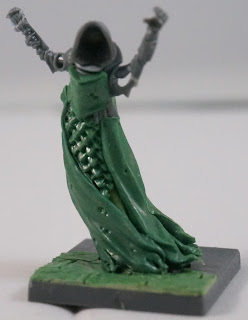 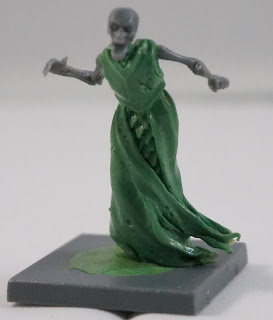 I have also done a little work on another renegade for use with the assassinorum game/inq28: 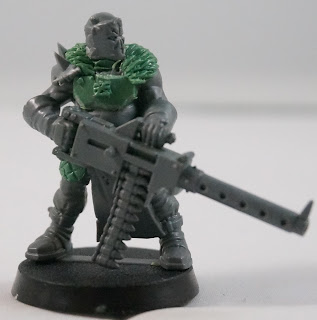 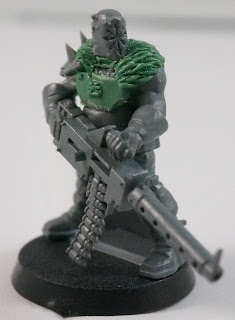 This guy is rocking a heavy stubber, now although there are no rules for this in assassinorum I figure he will provide an option should I want to use it in INQ28 or Necromunda.

Well thats about it for this update, I will likely be back with some more martians during the week
Posted by Maelstrom at 22:18 3 comments

Small update for you this weekend, ive been working on a variey of things this week though none of them are really worthy of an update just yet.


However some progress has been made on the Hsien, he is not finished bar a few finishing touches still need to decide on a colour for the sword: 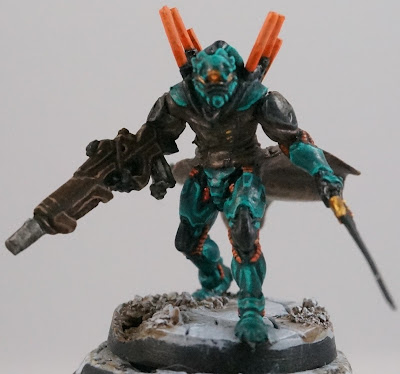 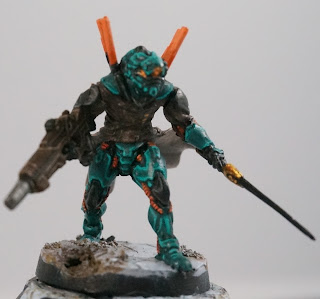 I've also been working on a bit of terrain for infinity/Deadzone too, still needs to be finished off but you get the idea:

Well thats it for this rather quick update, I shall be back with more next week more than likely a combination of more chaos renegades and some dungeon saga bits and pieces :)

Missed my normal Sunday update due to being busy on the day. So to make up for that we have a weekday update haha

I've had a bit of an itch to do some fantasy models this past week, not quite sure where its come from. Originally I was considering making a random mordheim model. But figured it would be a waste of time.

So instead I've carried on doing some early work on some models to use with Dungeon Saga(which is getting closer and closer).

First up is a painted skeleton, its fairly basic paint job that i'll be adding too eventually: 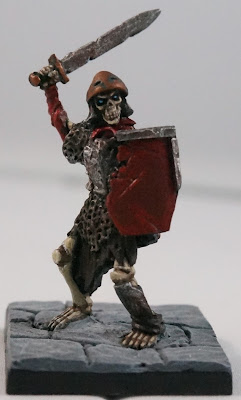 Fun little model to paint, must admit i'm quite a fan of Mantics Undead range and the undead bits that will be coming with Dungeon saga look even better.

Next up I've done some more work on a few more skeletons and the Wight King: 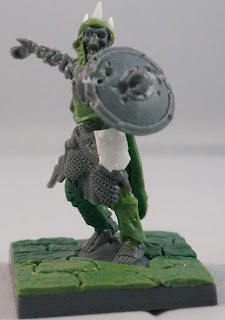 As I've mentioned before my plan with these preemptive bits is to make use of the adventurers companion  that Kickstarter backers get. This basically will contain dungeon saga rules for the full range of undead mantic do. Thus the skeletons will be revenants and then the wight king a revenant king.

I still intend to do some wraiths and a few ghouls too.

Anyway thats it for now, I'll be back with another update over the weekend :)
Posted by Maelstrom at 19:37 4 comments

I've been slowly working on bit for the Assassinorum Game in the background these past few weeks. I've mainly been working on some Chaos traitor guard. My idea being to do a rogues gallery of enemies so 5 or 6 traitor guard, some cultists maybe a few mutants.

So there are some of the chaos guard so far: 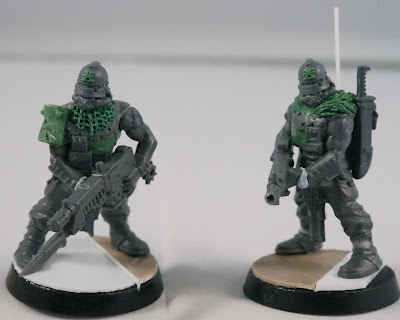 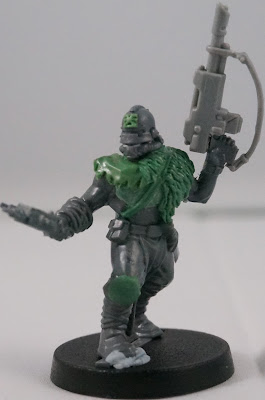 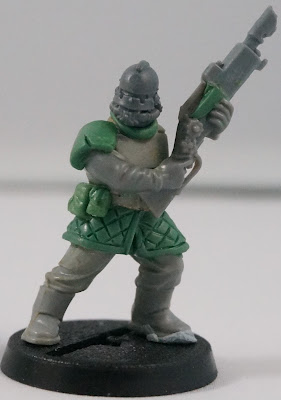 These guys are largely based on the plastic chaos cultists with heads from the skitarii sprue, the guy at the bottom is based on a spare cadian and a gun off an empire kit.

I feel I've finally settled on the right sort of look for chaos guard, suitably feral and back wards looking with the furs, leather armour and rag tag appearance, but also a bit futuristic with the skitarii helmets and other bits.

Might actually be happier with them than my old Sons of Sek. I figure they can run duel duty with Inq28 too.

Next up a little progress on one of the chaos marines: 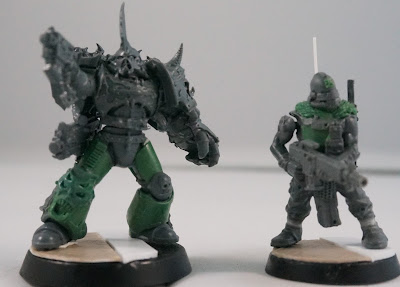 Slowly getting there with this guy hes got the nice intimidating bulk compared to the regular traitor guard.

Also in Assassinorum news the Danish gentleman known only as Rasmus sent me across a little parcel a week or 2 back, inside were these: 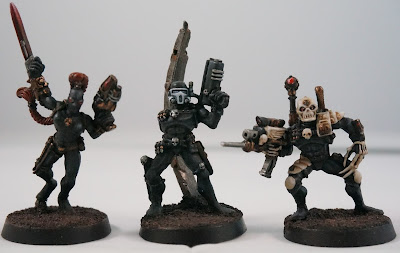 I do have the Vindicares arm. Thanks to his generosity I only need to hunt down a Cullexus and I have a complete set for the board game :)

Well thats it for now, I'll be back over the weekend with another update :)