Bit of a mixed bag of an update for you today. I've been spending a chunk of my normal hobby time having a huge sort out of my models and projects.

I've chucked out a bit, sorted out more stuff to sell and even completely changed direction in my plans for the Horus Heresy.

Now to the Latter my plans for my small force have already changed once from White scars to Salamanders. However this has now changed again, Nife is having all the Salamanders bits I had acquired over the last year.

My new plan is to return to an old favourite 40k army of mine the Word Bearers and instead do them for the heresy. I've placed a reservation order with FW that I'll be picking up at the weekender and then its a case of gathering some spray paints to get the main colours blocked in quickly.

Anyway enough talk, I have been doing some work on the one White scar I still have left a legion champion, I intend to enter him in the FW painting competition in place of the pyroclast: 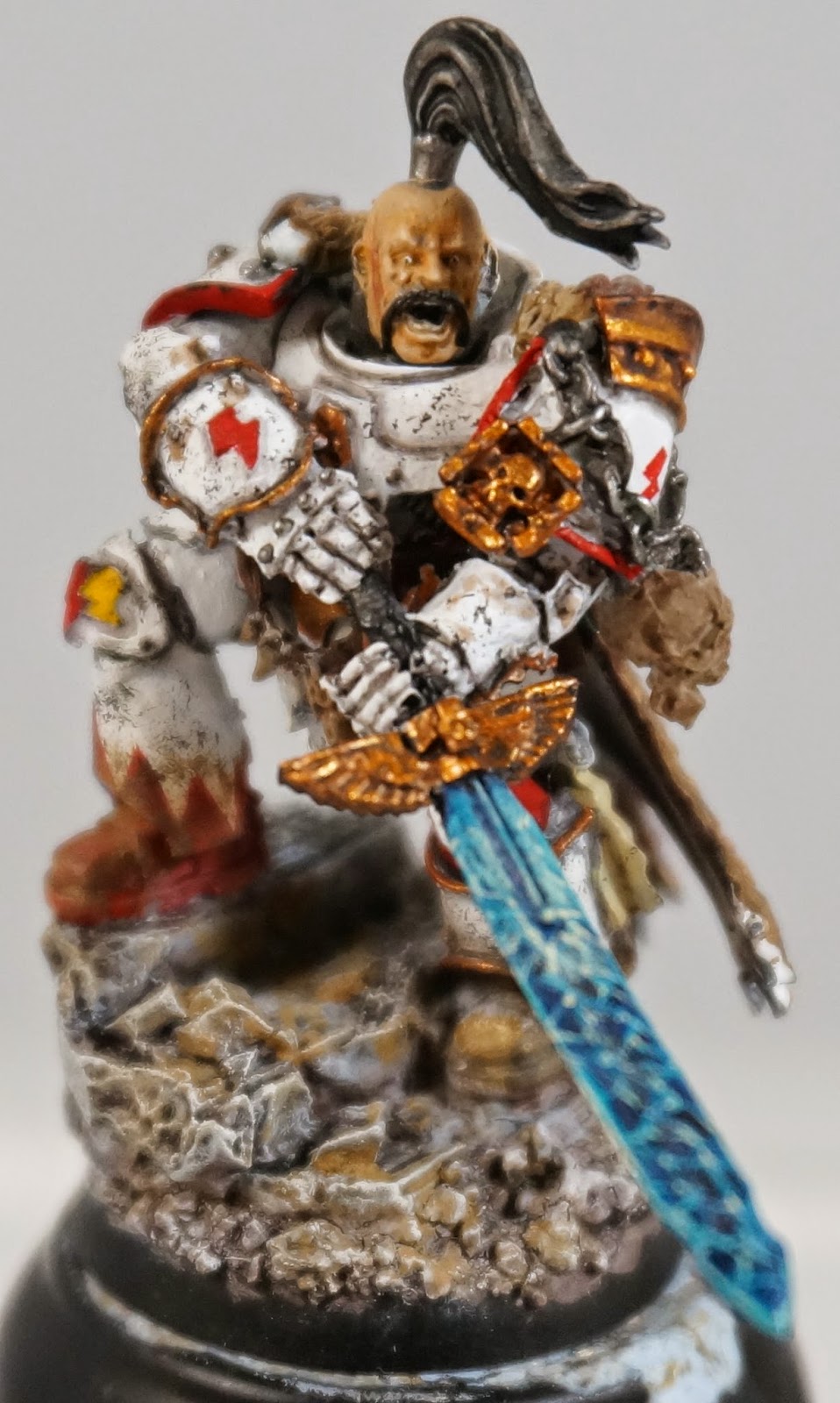 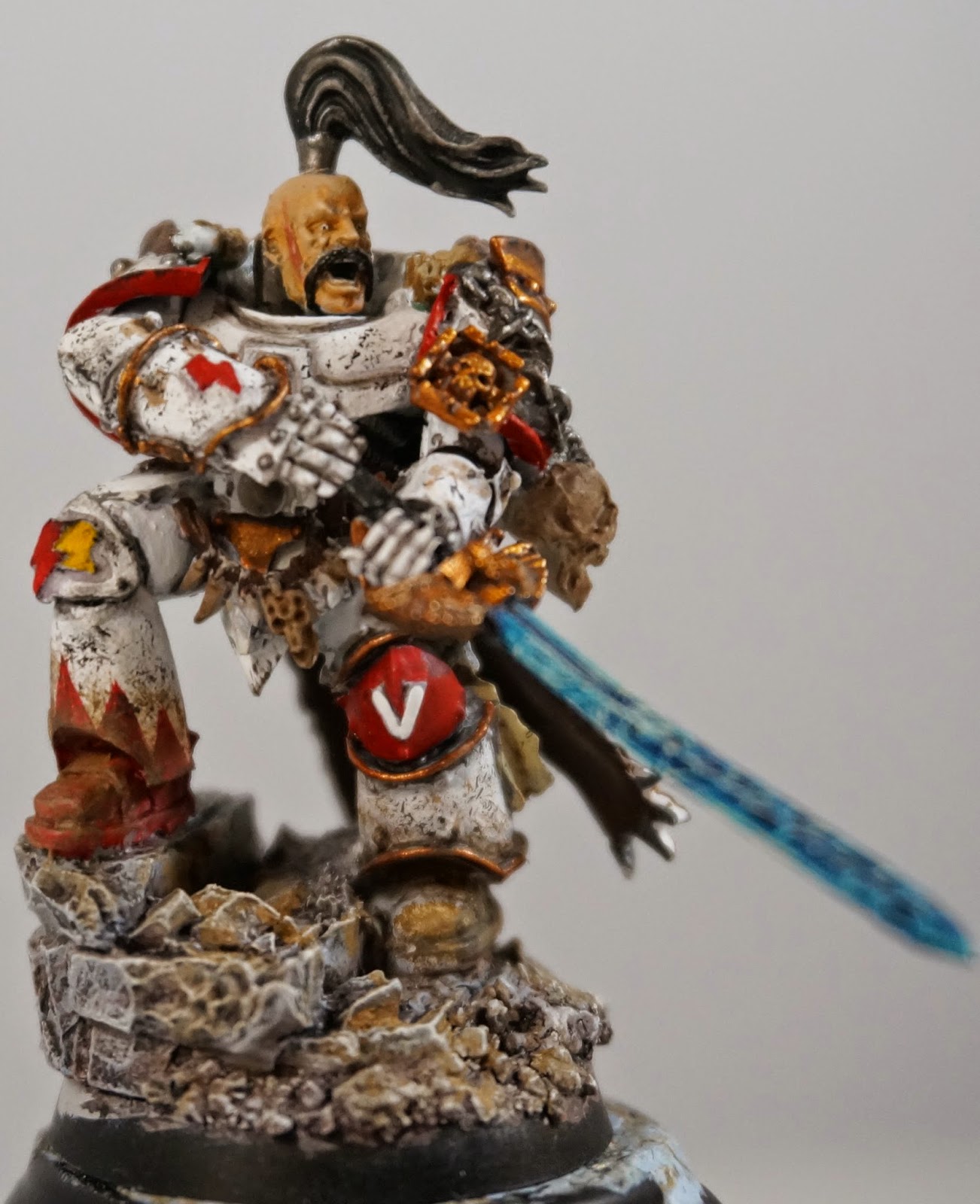 I have also begun work on a Word Bearers model, a converted Terminator Armoured Centurion: 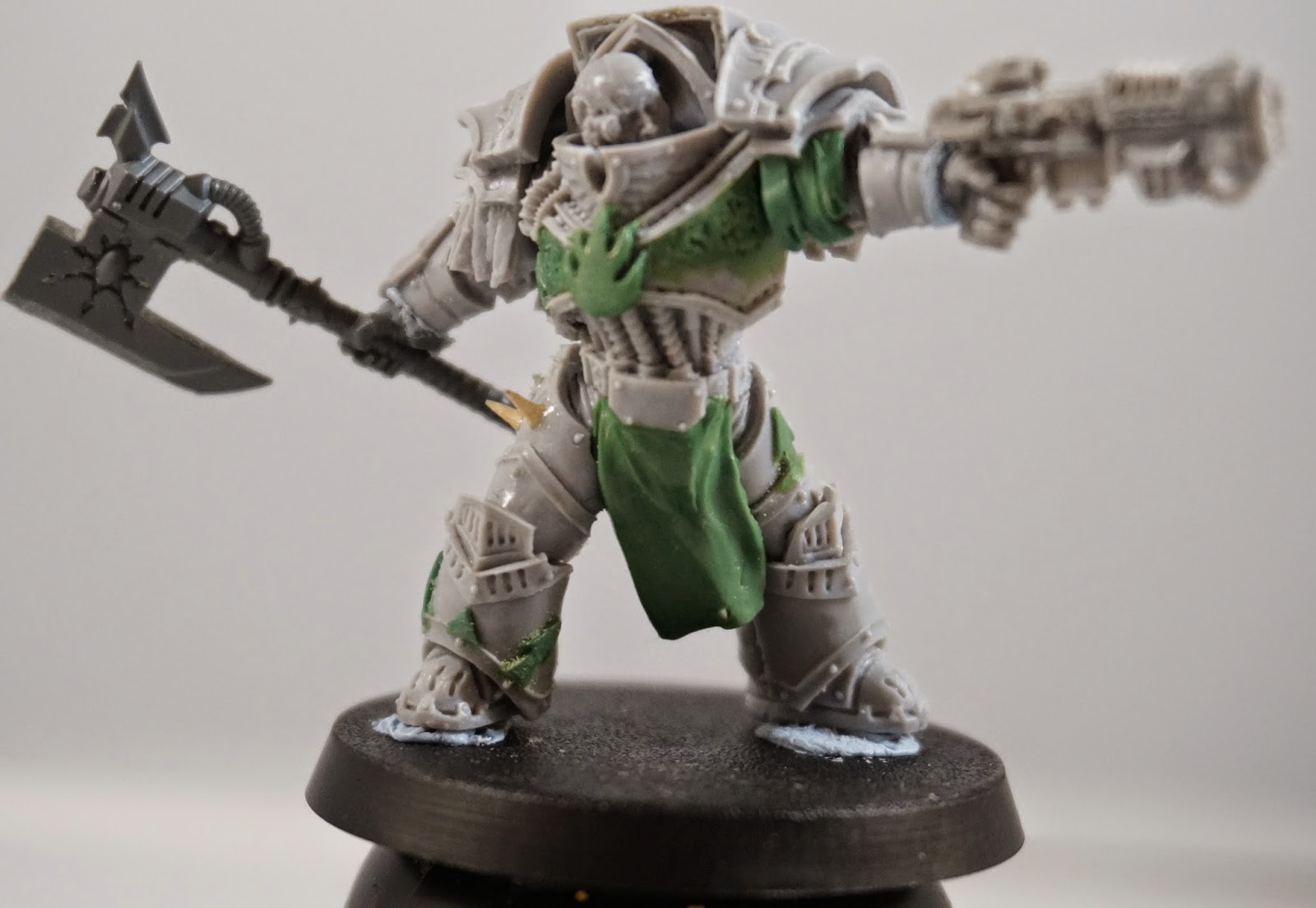 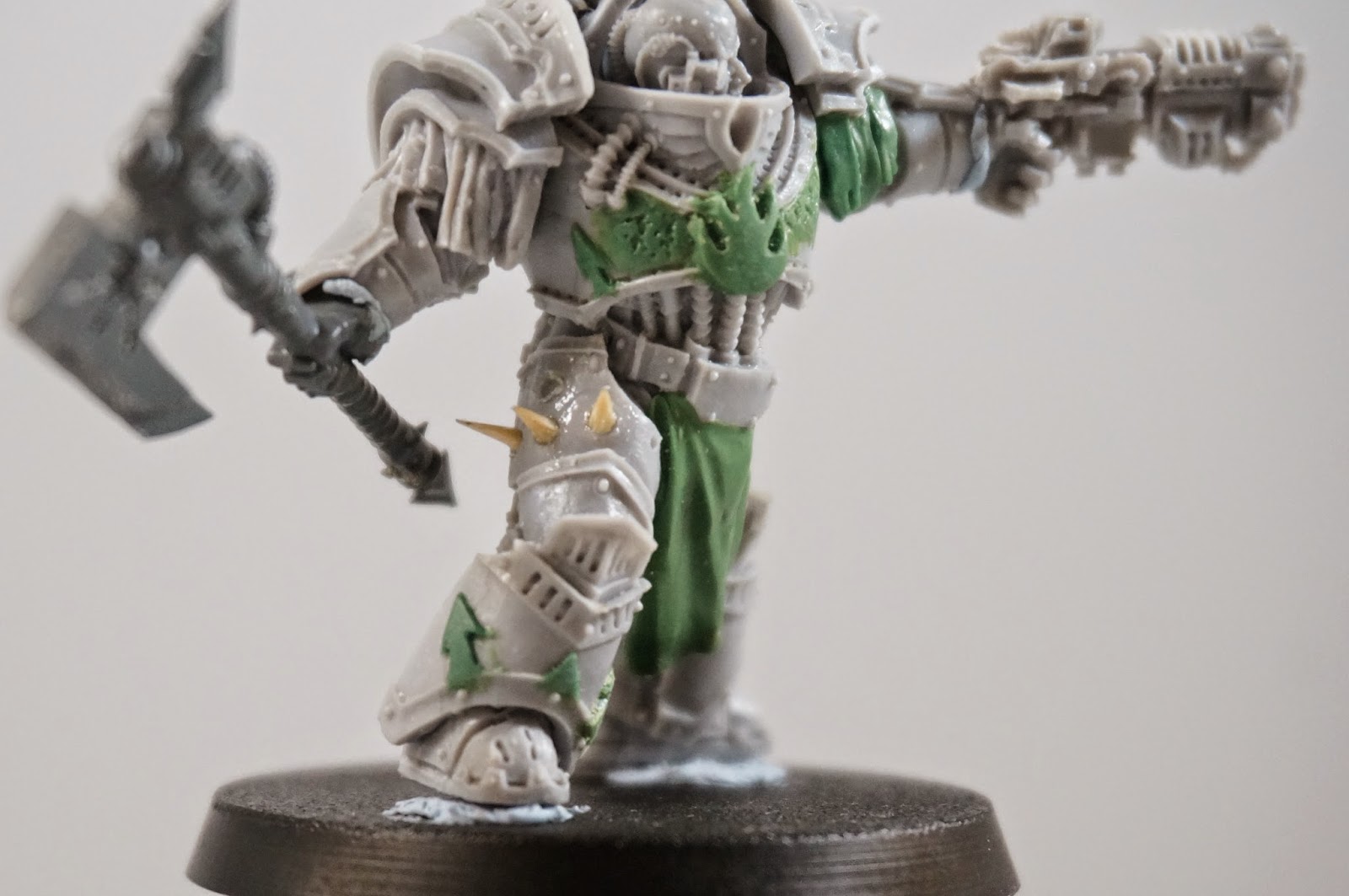 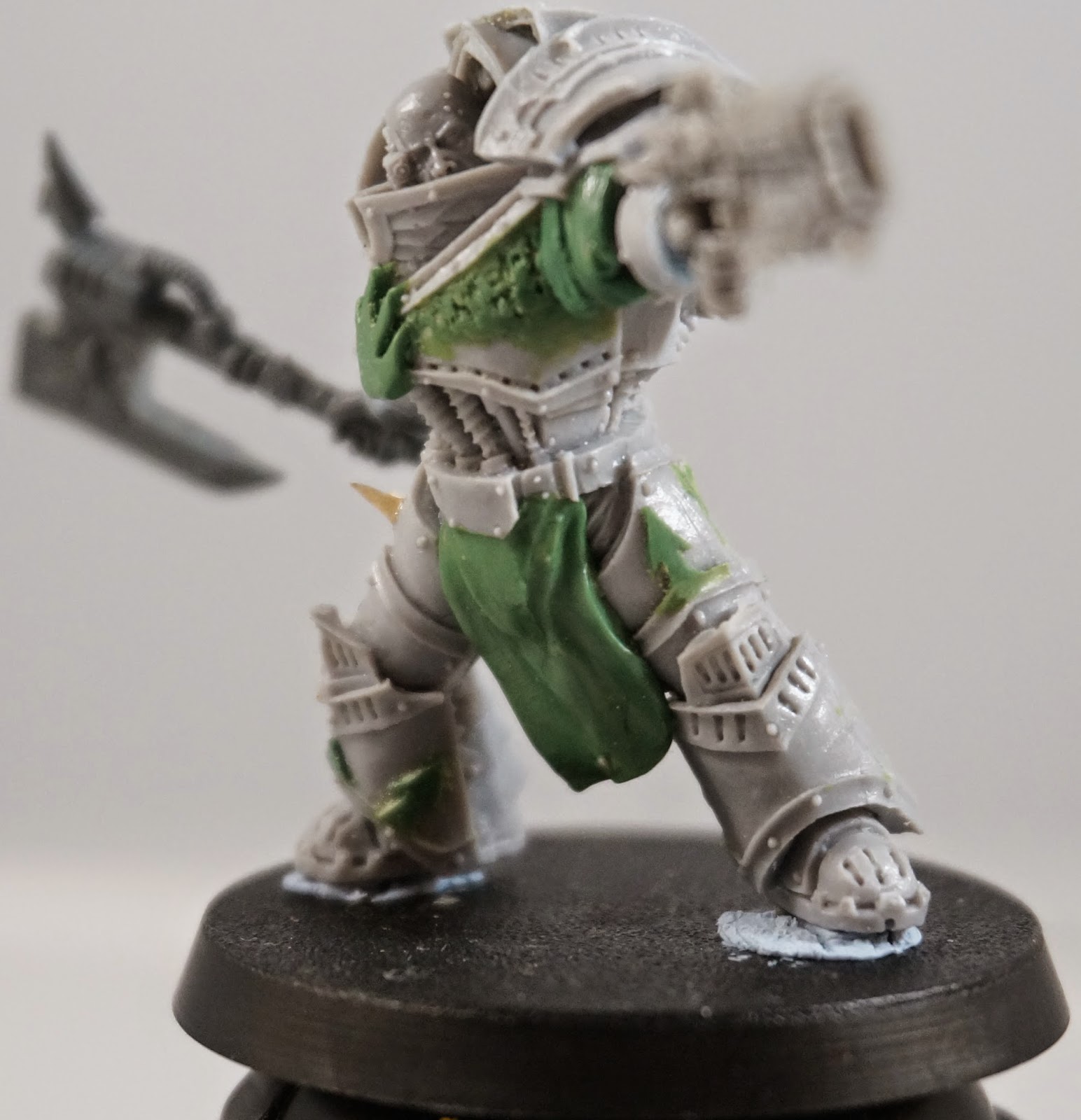 I have gone for a slightly chaotic theme, I want eh Word Bearers to have the start of the traditional Chaos Banding starting to be added to their armour. I've also Tried to incorporate the carved scripture so present on the Erebus and Kor Phaeron models into his breast plate.

Still a way to go on him yet but hes shaping up well.


Last but not least, I've fancied working on a fantasy themed model So I've been doing a few additions to a Mantic Goblin Hero I got for use in Dungeon Saga, Really nice little model but wanted to put my own mark on it and fix a few issues such as the sword: 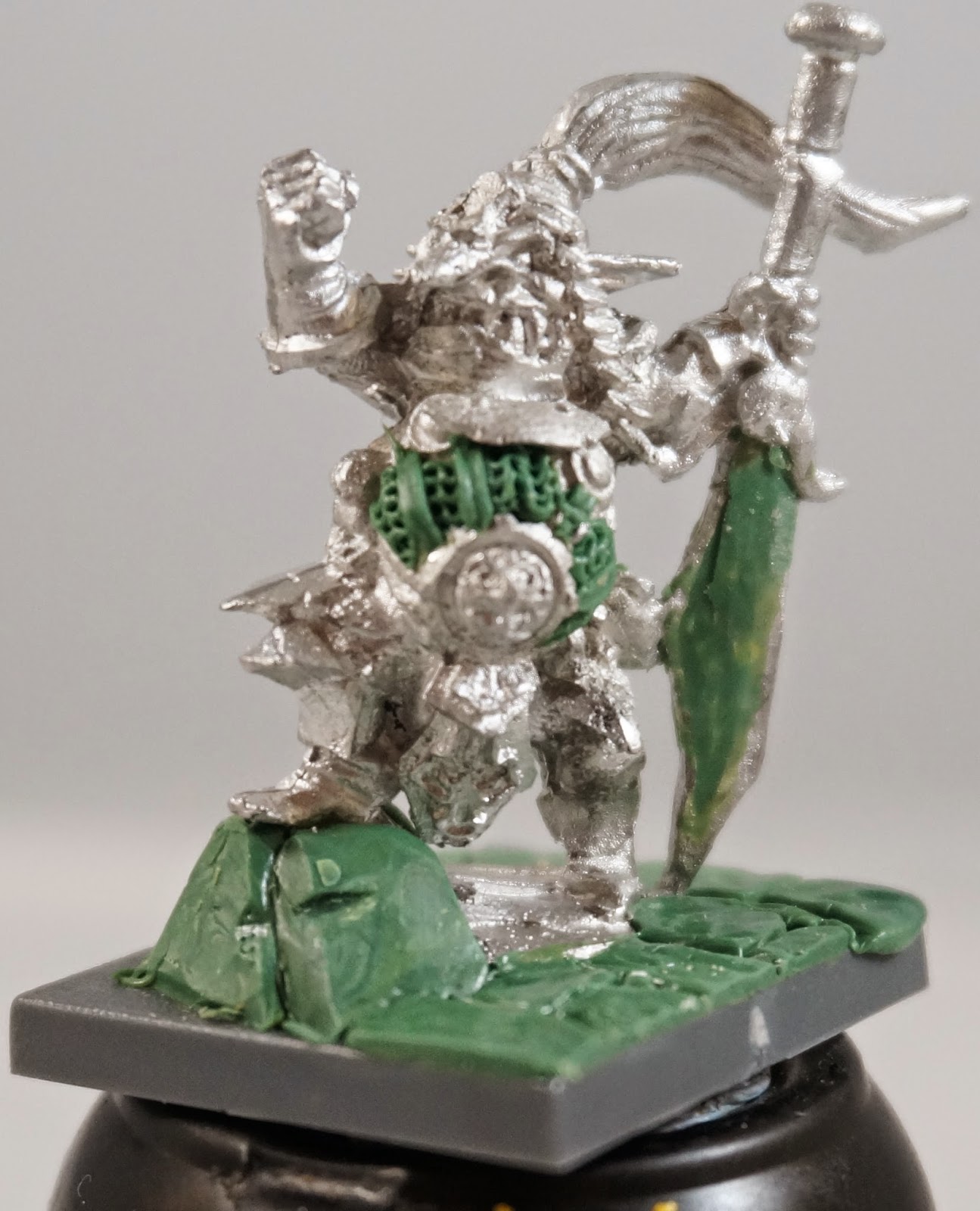 Well thats it for now guys, hopefully will have some more stuff to show next week :)

The update is a bit later than promised mainly as I got distracted with farcry 4 and actually having a weekend to myself after the madness of the festive period at work.

Today I've just got a few more WiP plague conversions to show, been having some fun with these and as its a skirmish game I dont have to worry about doing loads of them.

First up we have a few additions to the one I posted in my last update: 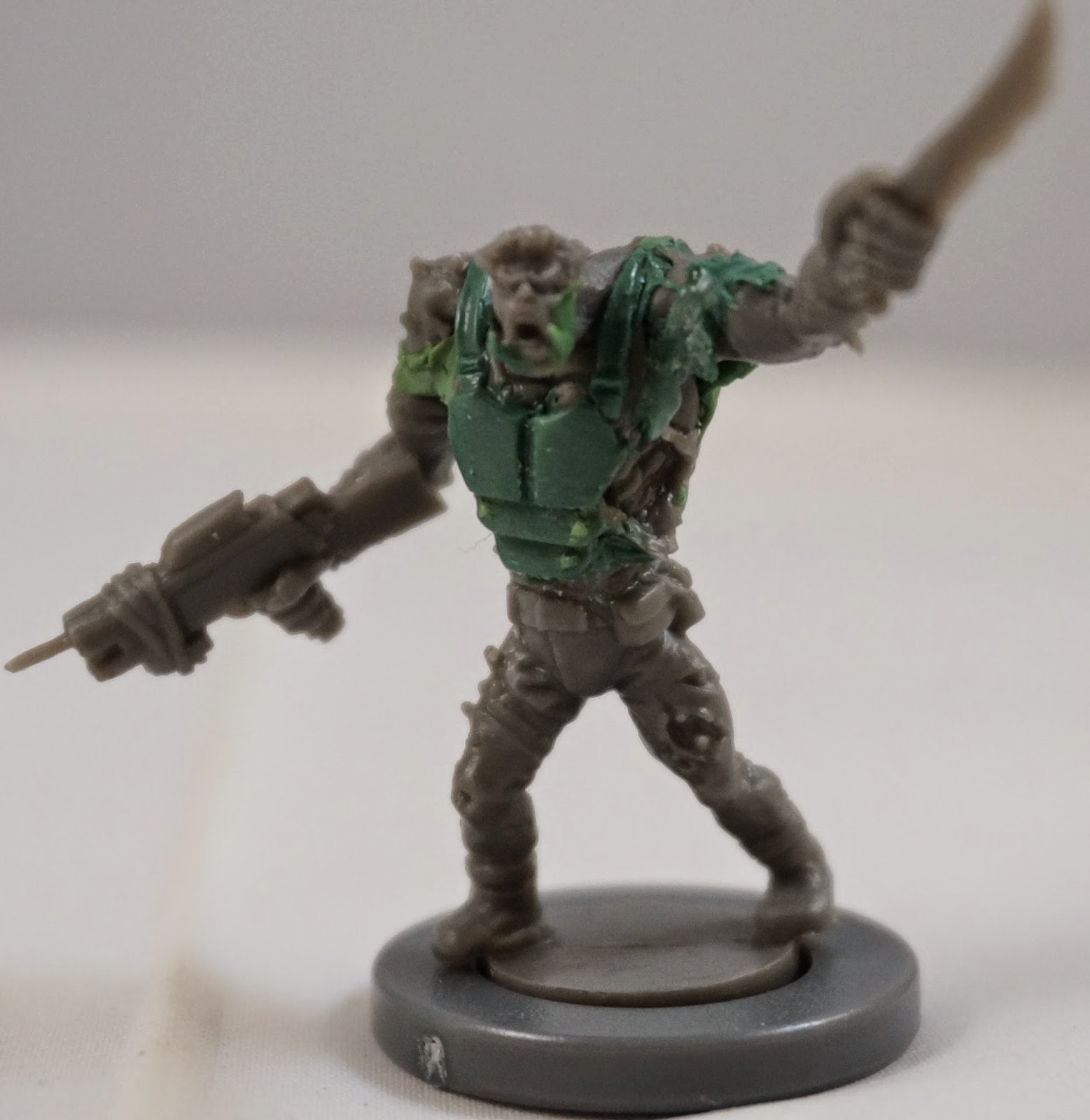 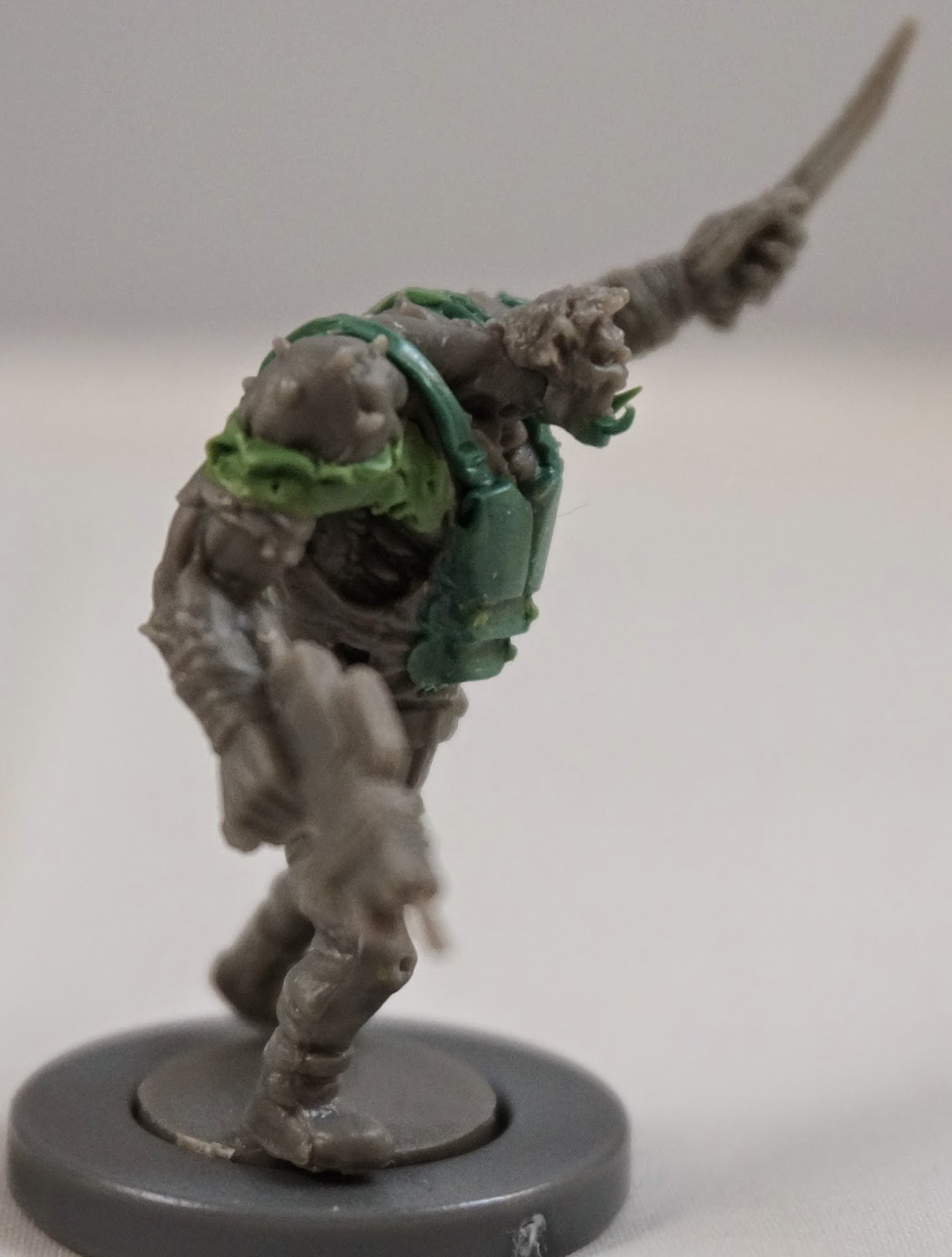 I've added the start of oversized teeth jutting from his Jaw, given these are supposed to be constantly mutating I thought it would be fitting.

Next up we have a converted grenade launcher: 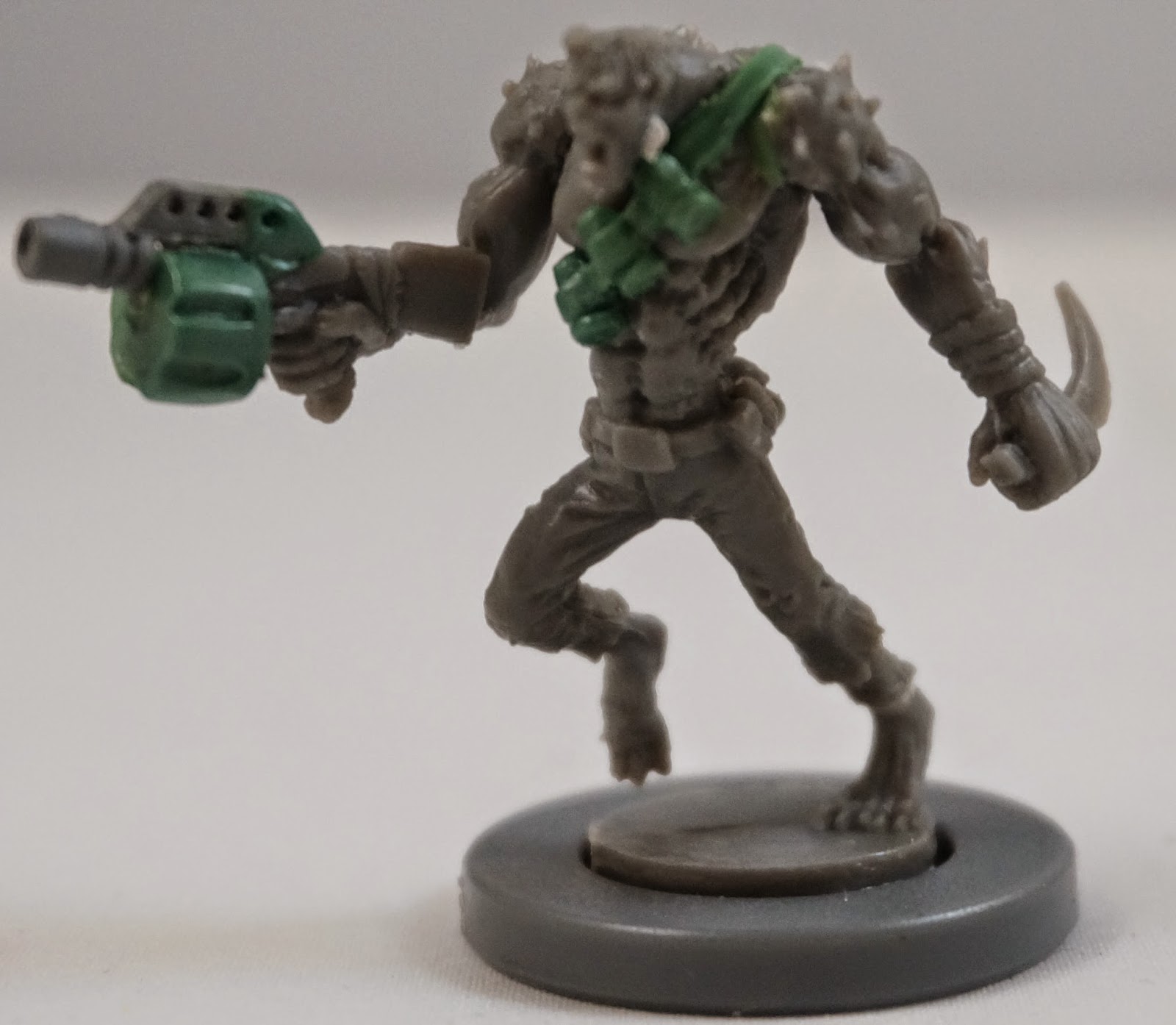 made from the barrel of a wargames factory sci-fi troopers grenade launcher and GS. 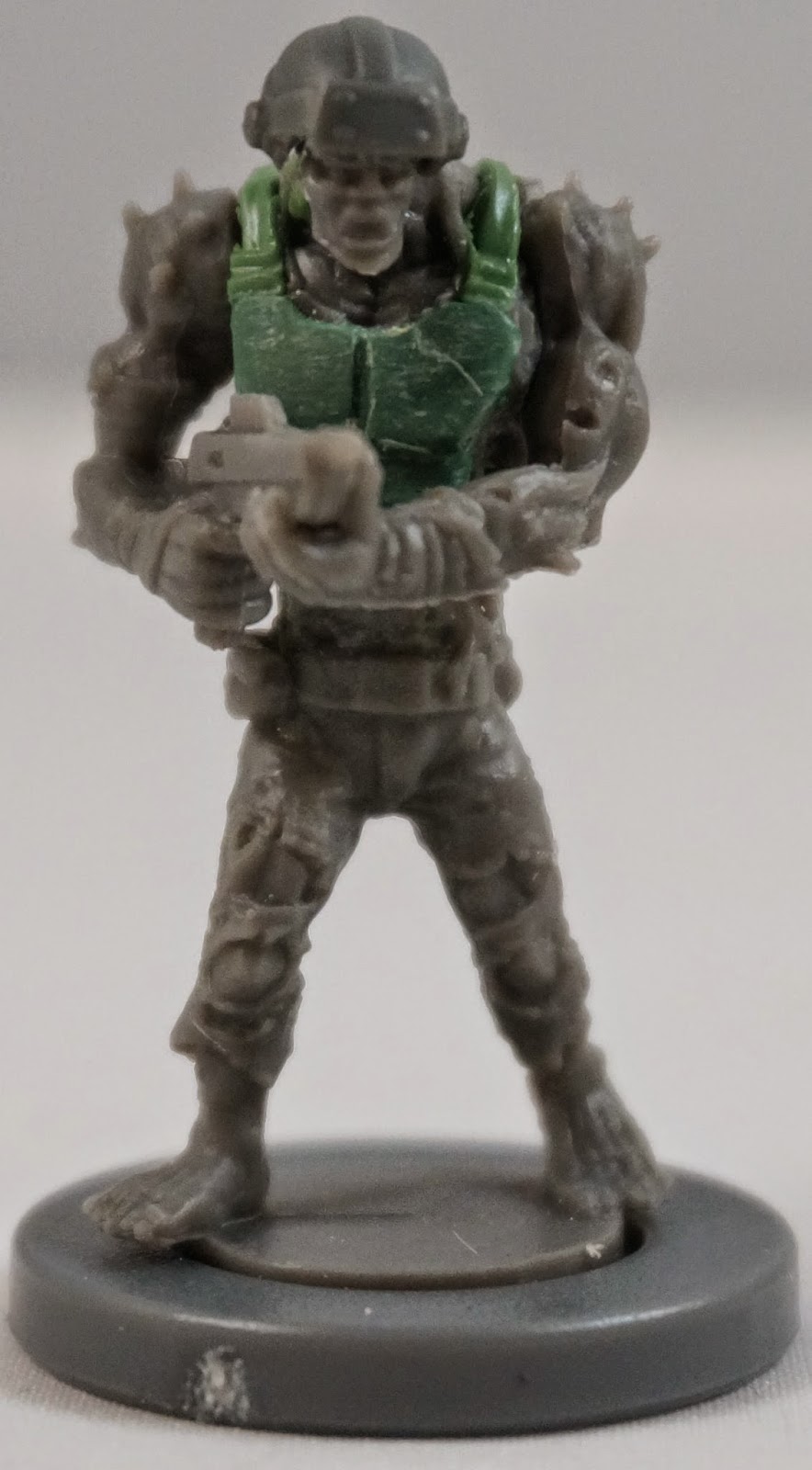 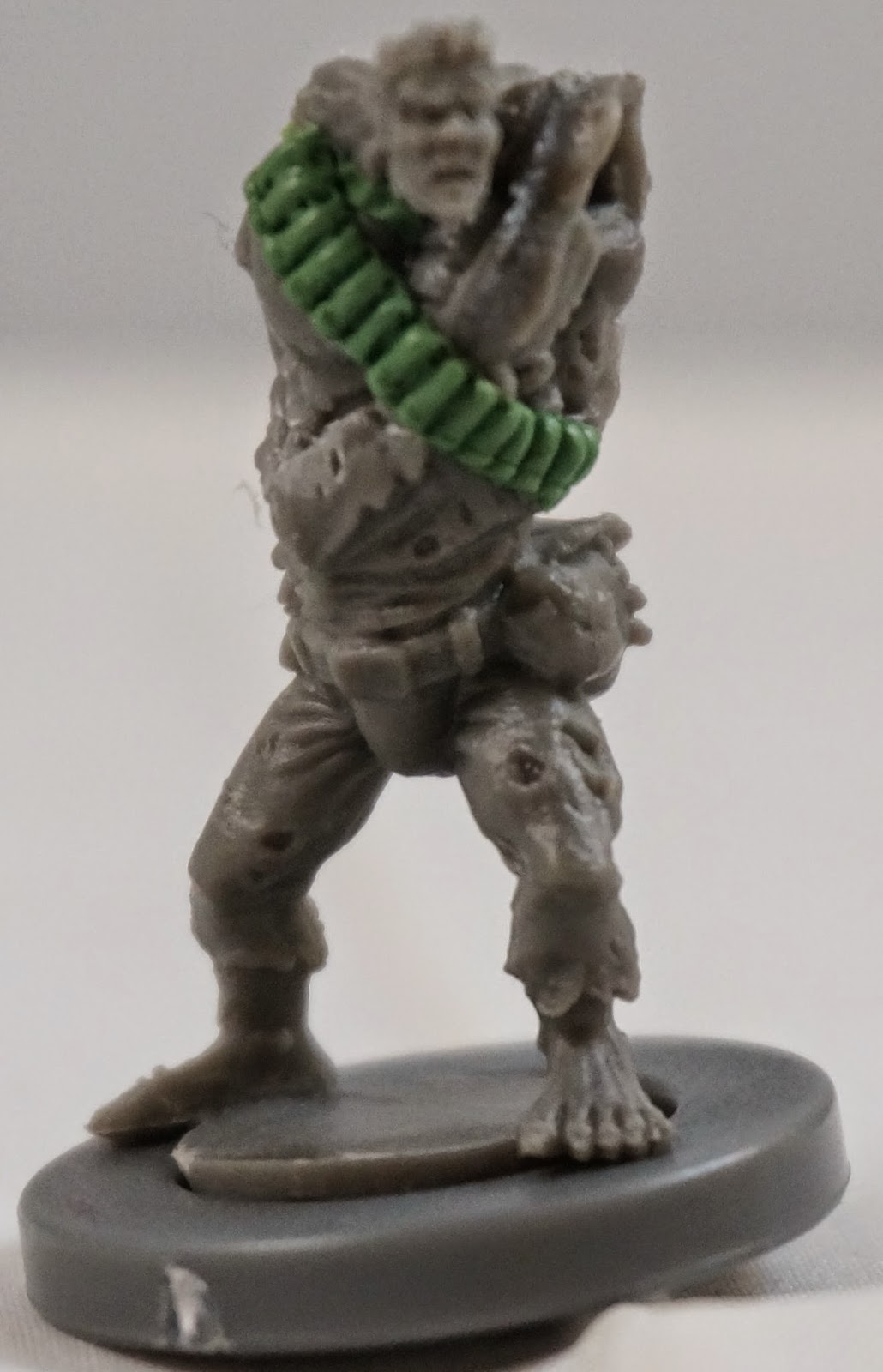 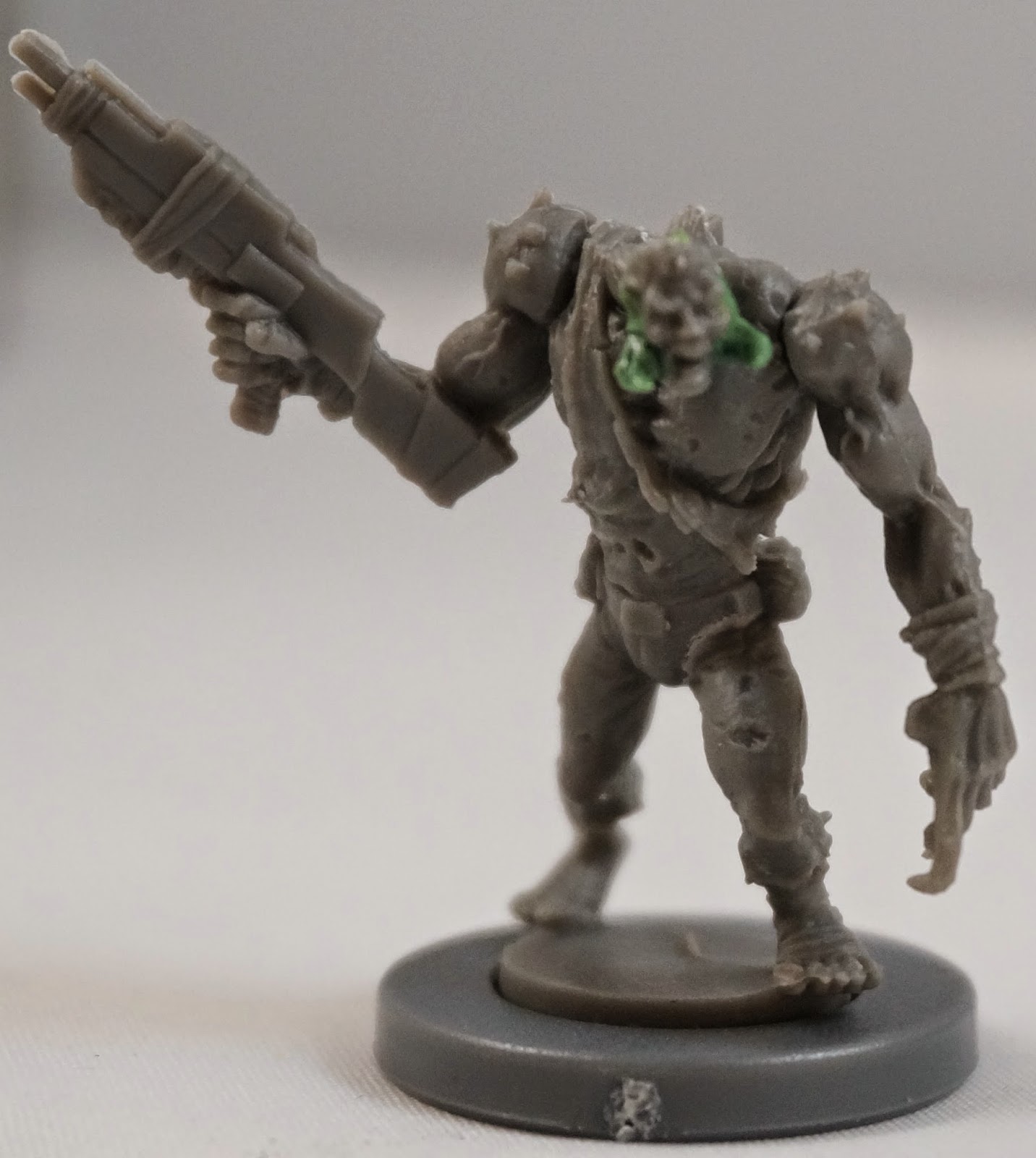 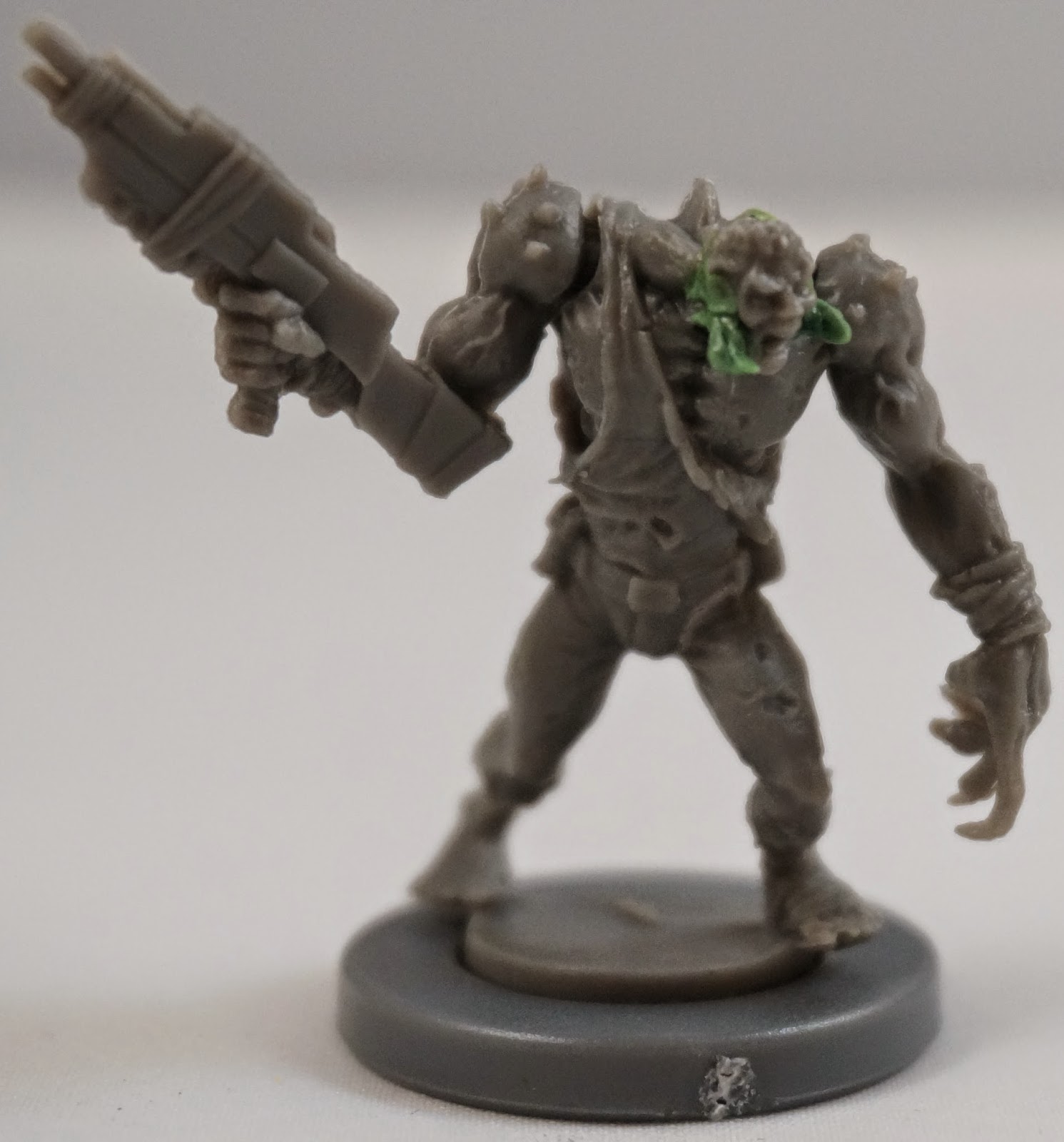 As I say they have been rather fun to work on so far, they are a bit slow burn given my current painting focus deadzone wise are my asterians.


In a final note, with the Horus Heresy Weekender approaching me and Nife have decided to enter the painting competition, now I know I have no chance in hell of winning but it will be a nice laugh. I'm entering just a single mini for it which will be a pyroclast. Just blocked the basic colours in so far: 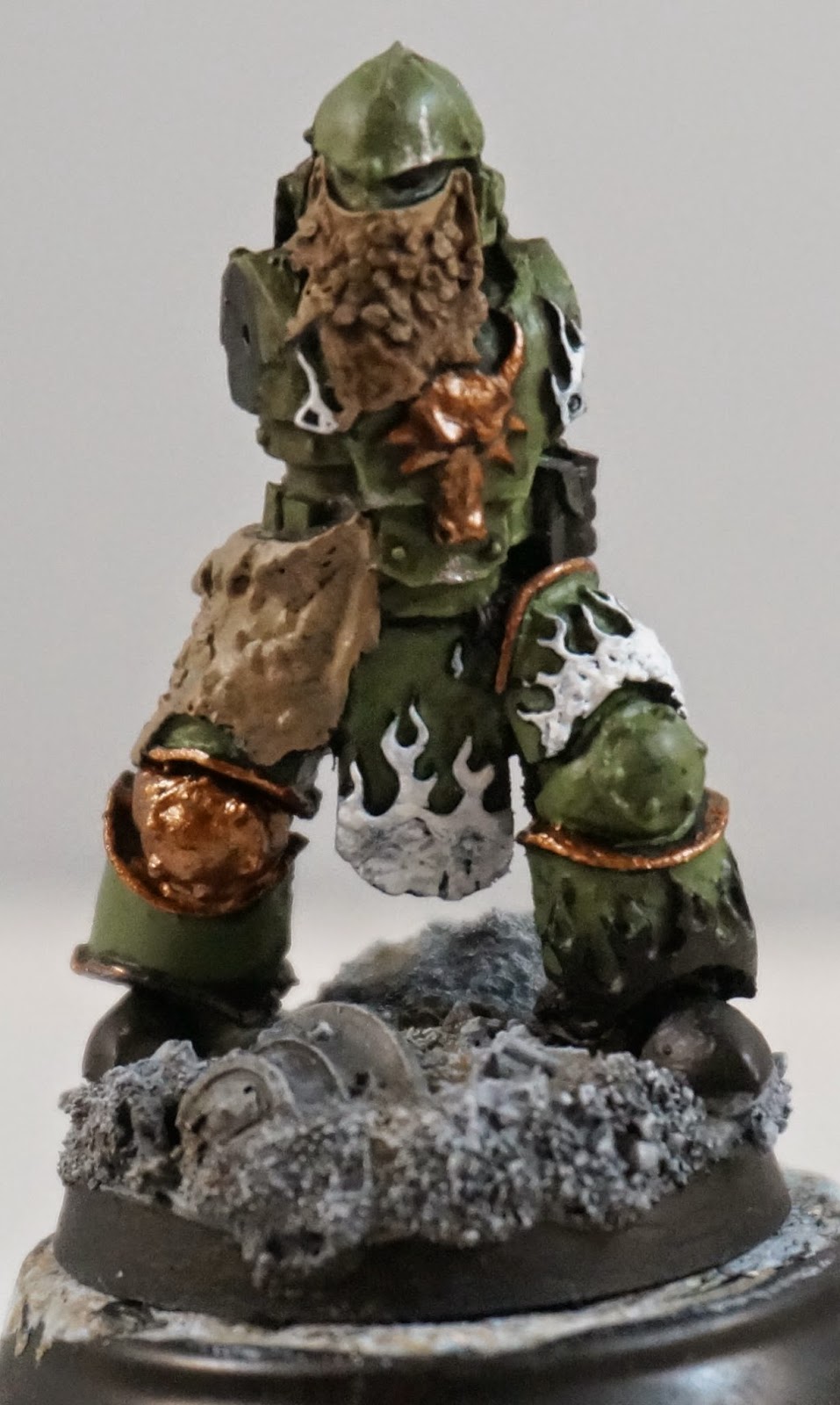 Got 3 weeks to get him finished so wish me luck haha
Posted by Maelstrom at 20:52 2 comments

Email ThisBlogThis!Share to TwitterShare to FacebookShare to Pinterest
Labels: Deadzone

Well its the first post of the new year, things are beginning to settle back down to normality now as the mad rush at work is gone. And I have time to actually spend on hobby stuff again.

I have a few Deadzone bits to show today, most notably my first finished Asterian model, as well a WiP Plague conversion.

First off here is the finished Asterian: 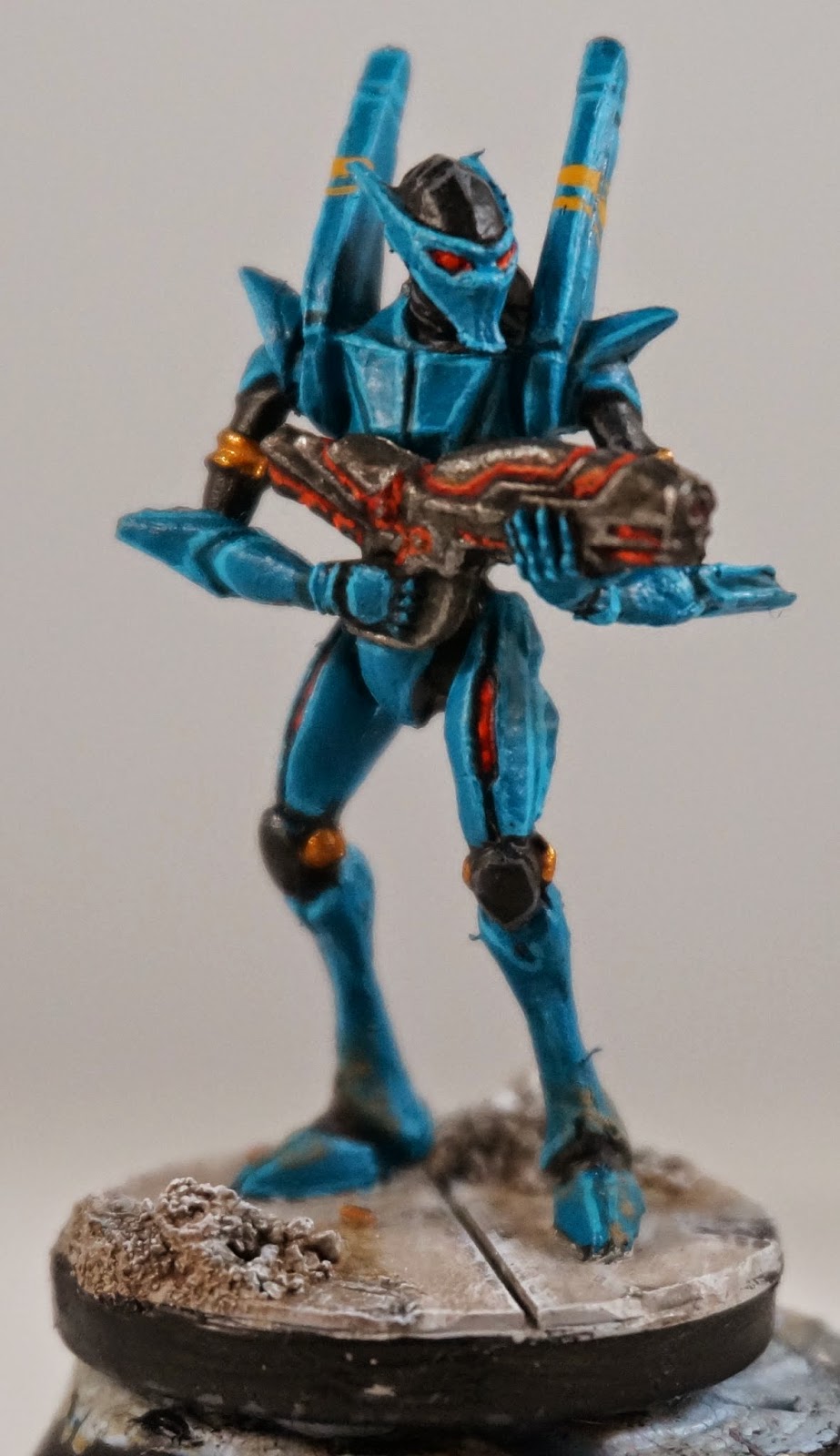 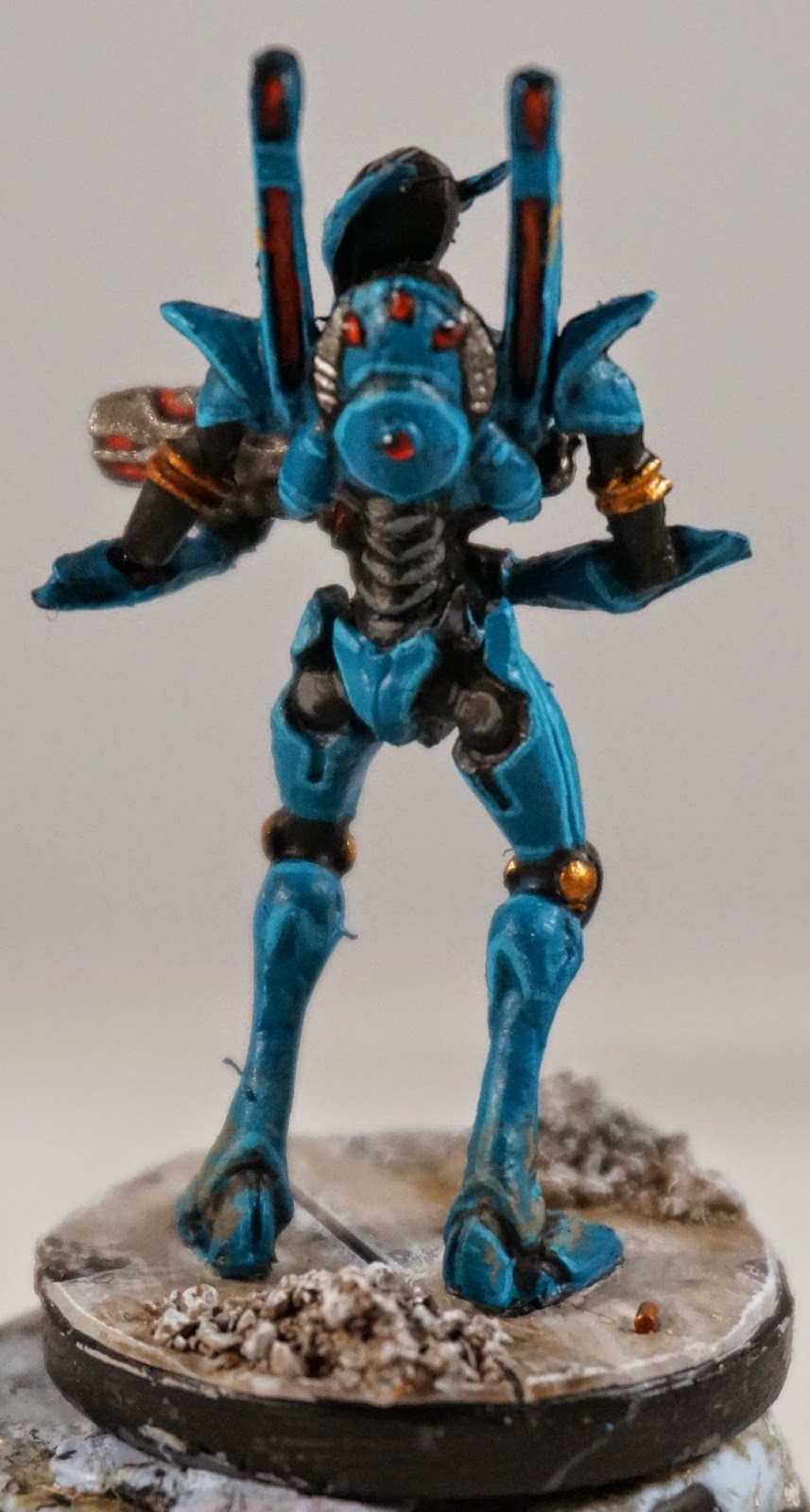 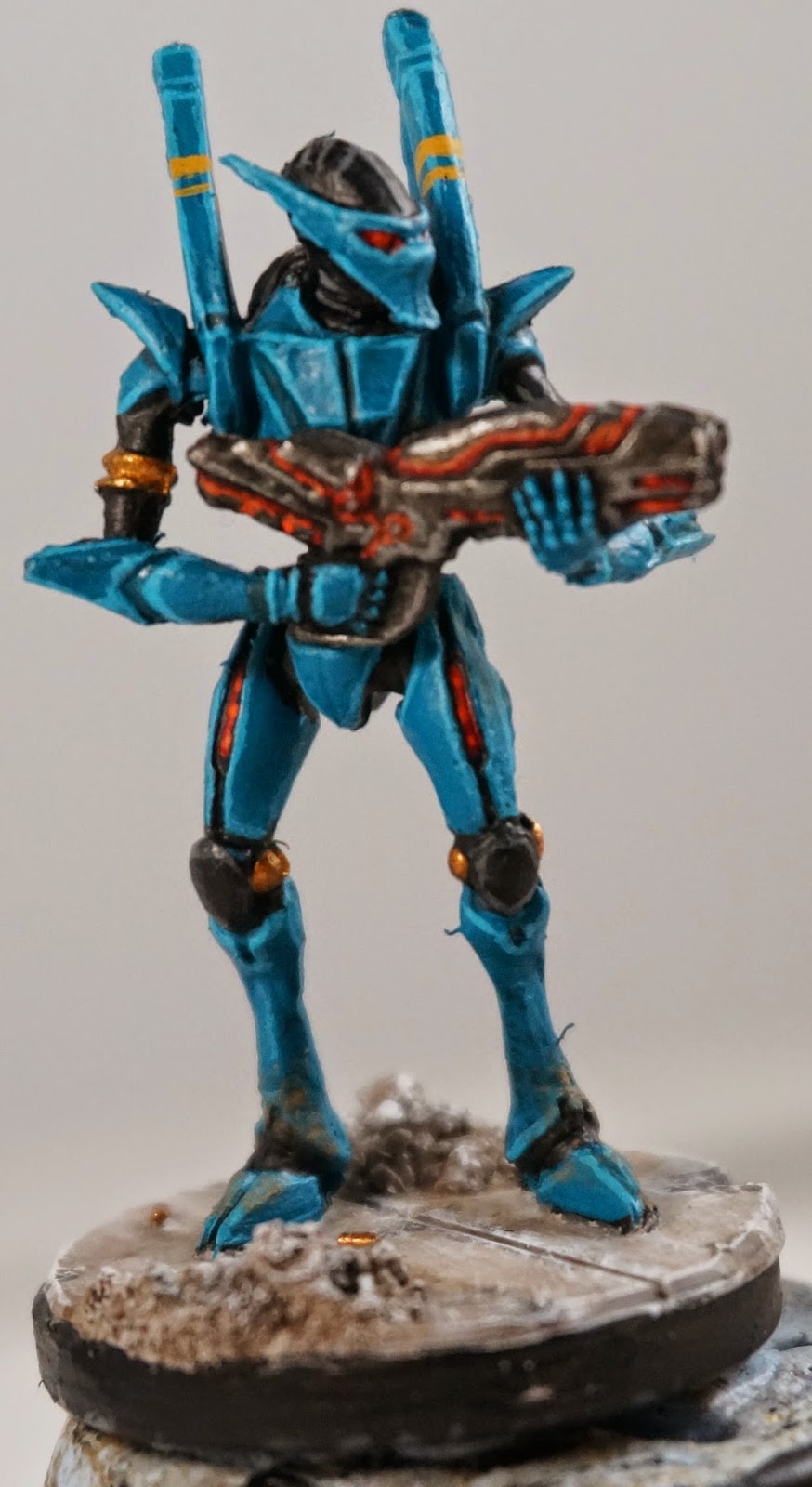 Rather pleased with him if I'm honest.Its a rather basic paint job but I intend to have a few passes over these guys adding a bit more detail each time (a technique which Nife uses and I shamelessly stole.)

For his gun I have tried to copy the style of the forerunner weapons from Halo 4 with the whole internal glow type thing.

I have another asterian nearing completion with a few more in various stages on the work bench: 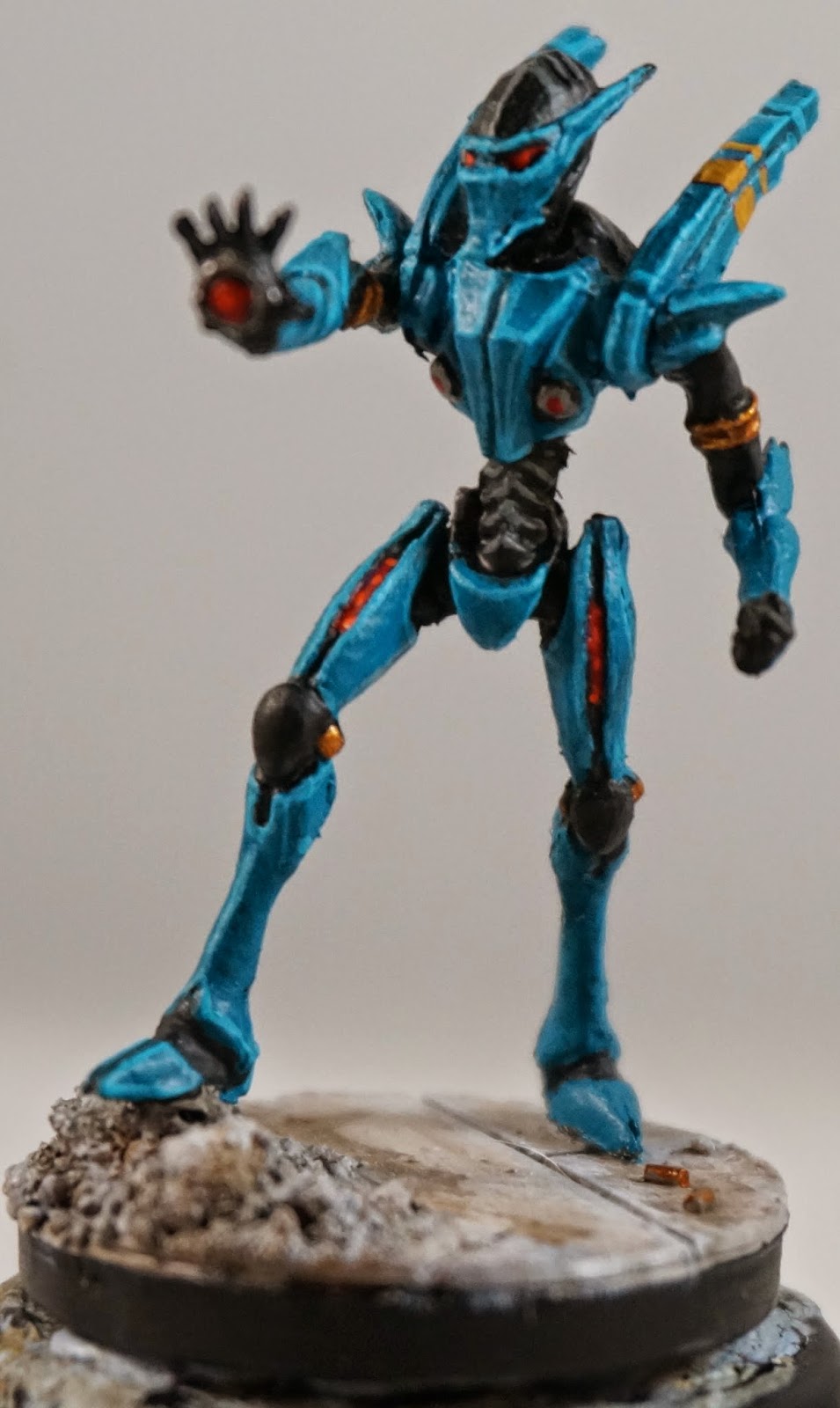 Next up is little converting project, Its been a few months since I touched my sculpting stuff so figured I'd start to get back into the swing of things with a plague model.

I went in for Mantics Sci-fi mystery box at Christmas which contained a whole variety of bits including 2 plague stage 3s. Decided to give him some armour to represent a turned corporation trooper, using one of the torsos from the plague zombie sprues as reference. still a way to go on him: 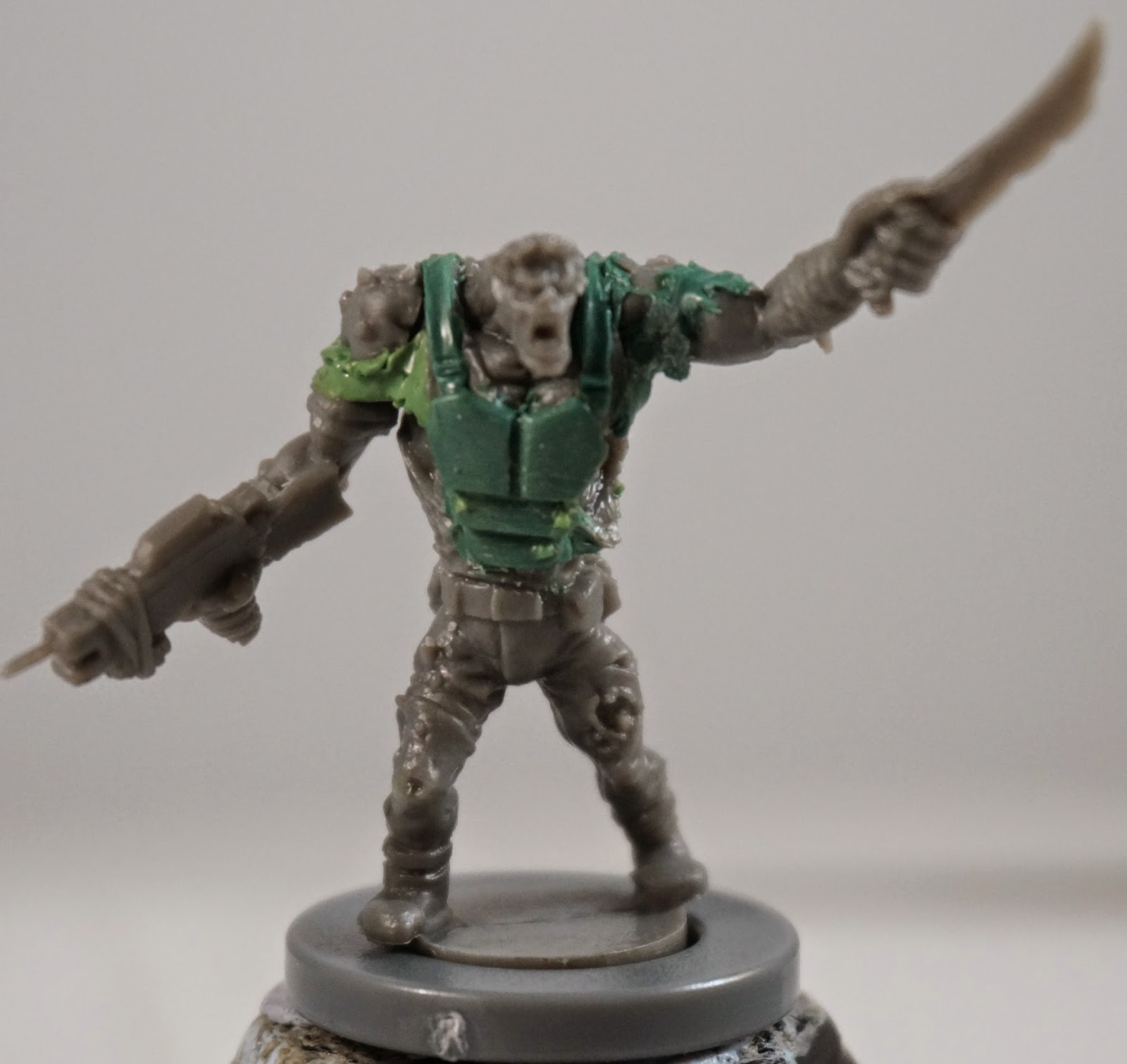 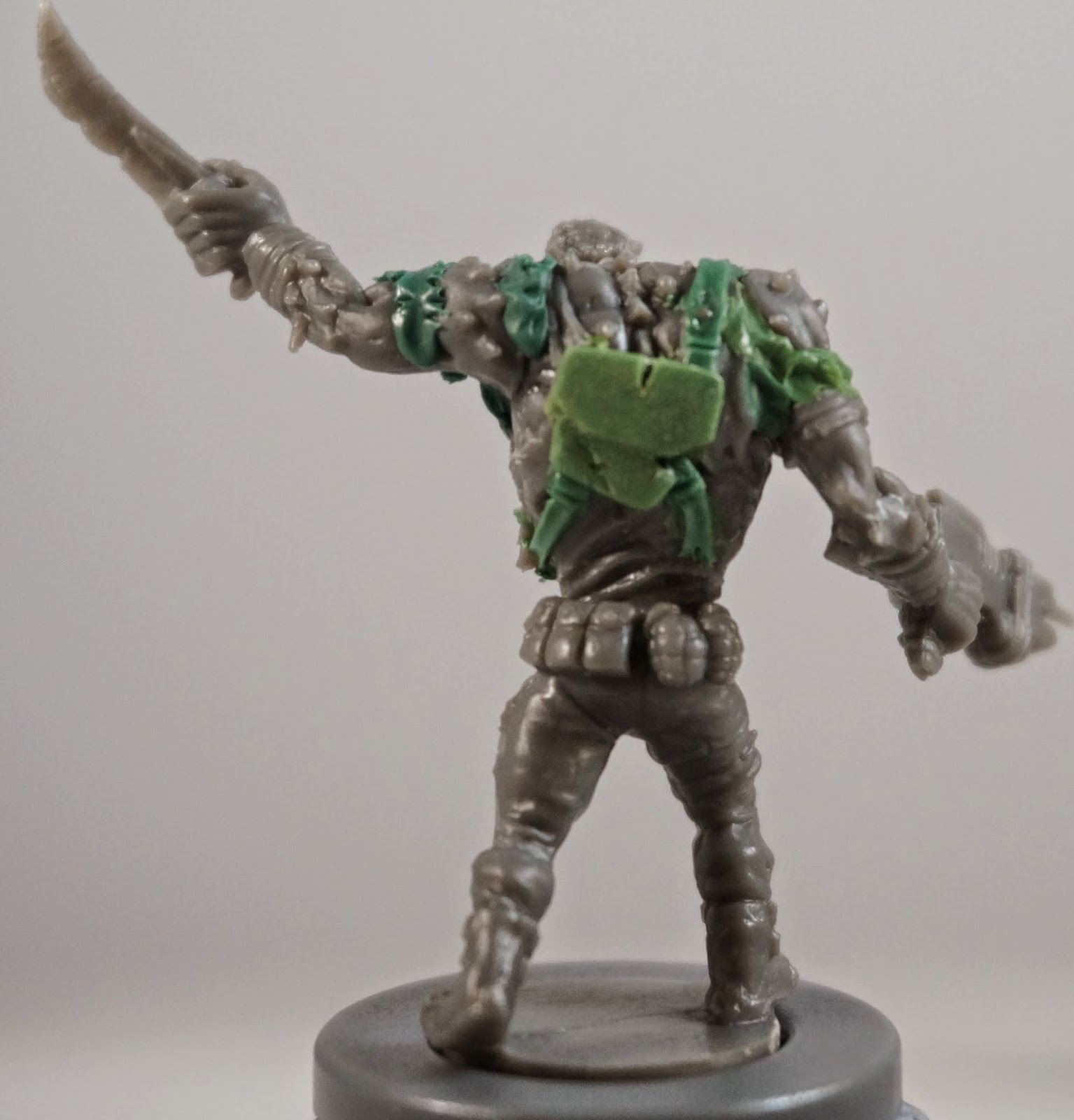 Oddly enough I managed to snag a full Plague starter box on ebay for £10 so there will be more of them on the horizon. much like my enforcers I will be adding a bit more detail to each trooper.

My asterians are the only exception to this as i love the stock sculpts and can't really see anyway of adding anything to them especially given they are supposed to be robot remote controlled from afar.

Well thats it for now guys, I'm going to try get back into the swing of doing an update each Sunday so wish me luck haha
Posted by Maelstrom at 15:27 2 comments