I've managed to get the test sculpt for the 15mm Sci-fi trooper done:

I'm well pleased with him now as I can see him all done, already begun work on a second guy so watch this space :P

Been into Birmingham today for something to do, checked out the new Modelzone store that has recently opened there. Must say if there is one in your area go check it out as they have some very nice stuff including a load of tamiya, humbrol and vallejo paints as well as a mass of model kits. They even had a remote control Tiger tank that fired BBs from its gun haha.

So whilst in model zone I picked up 2 pots of the Tamiya clear red as I've been told by a few people that it is really good for doing gore and blood effects on minis(something that comes in handy for painting the undead :P ) so I put it to use on this Vampiress's sword:

Also picked up the latest Volume of the only manga I collect called Black Lagoon(the anime of it is awesome too) got it from Forbidden Planet the cheeky gits had put the price label of £9.99 over the rrp on the back of the volume which was £8.99 might only be a £1 extra but still, tis a bit of a con :P 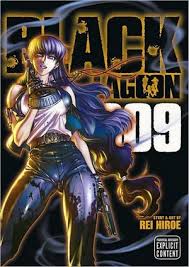 Any way that it for now as ever comments and suggestions are more than welcome :)
Posted by Maelstrom at 21:28 2 comments

Afternoon readers, has been a while since I last posted, had a lot of family stuff going on as well as a great loss of Mojo. So much so that I have packed away a lot of my hobby stuff and intend to have a few months off from painting and set game systems (Warhammer, FoW etc) as well as spending as much time on hobby forums on the net.

However this is not the end of this blog no as I intend to carry on sculpting, I have recently signed up for a sculpture Course at the local adult education center which will be starting in late September, I hope to learn classical sculpting and also how to make some character busts so I thought I would get in some practise before it starts as it has been a fair while since I did any scratch sculpts.

So to start off with I've attempted something I've wanted to do for a while a 15mm sculpt. So armed with a FoW german for reference and some paper clip I set about it:

He is still very WiP but I'm stupidly happy with him so far, never thought I would be able to pull off such a small sculpt. The strange thing is I have found him easier to do than a 28mm miniature maybe because there is less detail or maybe because there is no need to build up the basic muscle groups, the leg for example is one blob of GS sculpted into shape in 1 go.

The theme of this guy is like a Sci-Fi Japanese trooper, as you will have hopefully have picked up from the samurai influences on it(I have some concept art I'll put up soon). Given how well this guy has come out so far I'm considering sculpting another 8 or 9 and then possibly casting them as I've wanted to experiment with casting for a while now.

Casting? why would you do that I hear you cry, well I'm thinking of making a 15mm scale gaming board only a small one and also writing up my own back ground and rules for it, I was inspired to think of doing such a thing by fjk177222 and his 15mm log on the Ammo Bunker: http://s3.zetaboards.com/The_Ammobunker/topic/7388215/

Easily one of the most inspirational and original logs I've seen on the AB in a long time, it got me pretty fired up to have a crack at not only making my own rules and back ground but 15mm wargaming in general. I have FoW but this is more single figures on bases as a skirmish game.

So over the coming months you shall see me make the board and the fire teams that shall fight over it as well as the sculptures I'll be making on my course. I'm sure I'll crack and paint something at some point most likely Mantic zombies and a few Hasslefree zombie hunters to go with em :P

Thanks for reading :D
Posted by Maelstrom at 16:44 3 comments

Evening readers, been a while since i updated mainly because i wanted to finish painting the first 10 grave guard instead of posting up the odd 1 or 2 of them at a time :)

so here we go, the first 10 Grave guard ranked up and also with some close ups of individuals:

I'm really happy with these guys, sort of tried my best on them and think it has been worth it. Still got another 2 to paint then I shall be waiting for one of the guys off The Ammo Bunker to post me another 15 :D to make the unit up to 24/25 and any spare ones will be made into wight kings.

After seeing the new Warhammer starter set im considering getting the high elf prince on griffon as I think it might be a good base for a Vampire mounted on an abyssal Terror :D

Well thats it for now folks, working on some zombies and the SoTR light mech at the moment so there shouldn't be such a gap between updates :)
Posted by Maelstrom at 19:34 3 comments